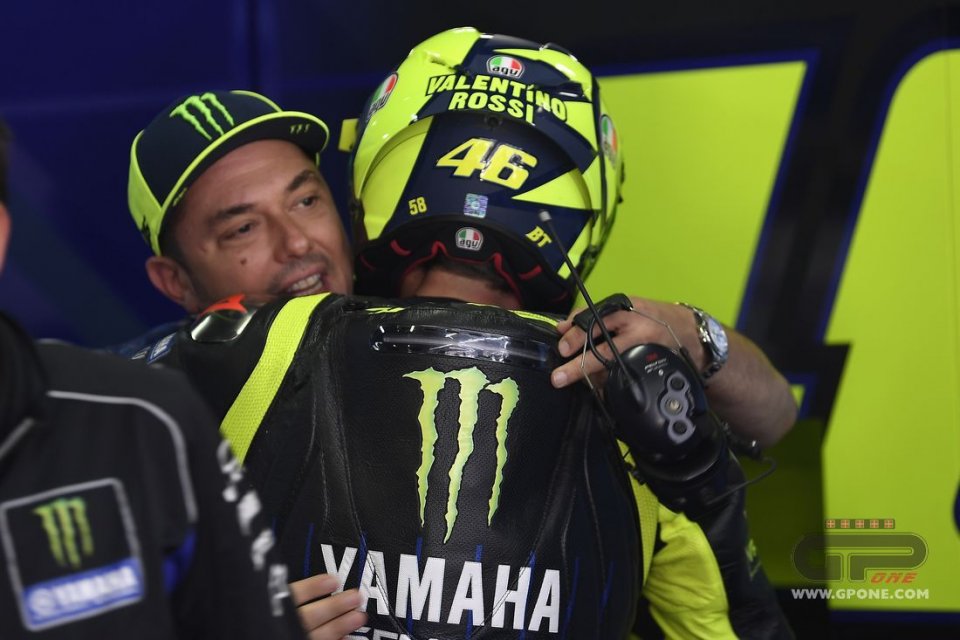 At the presentation of the Sky Racing Team VR46 at the Ranch in Tavullia, even though he was absent, the man on everybody’s mind was still Valentino Rossi. It might have been because of the location, or it might have been because there’s a red-hot climate surrounding the Doctor these days. Yamaha have chosen to focus on youngsters Vinales and Quartararo, without waiting for Rossi who will only decide whether or not to continue at Mugello. At the Ranch, of course, there was also Uccio Salucci, sporting director of the Valentino Rossi Academy and friend of the nine-time world champion. What are Vale's feelings these days? Was it bad for him?

"No, it wasn't bad - said Uccio on the fringe of the presentation - With Yamaha we have been talking about it for days and we have seen each other a lot in this period, also with Lin Jarvis. There is a good relationship and transparency between us both in the nice and not so nice decisions, like this one. We reached an agreement together because Yamaha couldn't wait until Mugello for Valentino to make his move on the market, so we didn't want to dig our heels in because it wouldn't have been fair to the youngsters and because it wouldn’t have looked good."

Should Vale decide to continue, there is the Petronas scenario with official treatment for 2021-2022, what do you think about that?

"Yes, there was this offer and we said, ‘why not?!" But now everything revolves around Valentino who wants to see how he goes and if he goes well it wouldn't be bad to race with Petronas".

What are the next moves? In a very short time, everyone will be out on track in Sepang.

"Yes, we will leave on Monday. I can see that Vale is relaxed, excited and eager to try the new Yamaha, he always talks about it and says that in his opinion the manufacturer has taken the right direction, he had already noticed something in the Valencia and Jerez tests. Now we will see the definitive bike, he can't wait to get on it."

Further recent news regards Lorenzo's official status as a Yamaha tester. How did Valentino take it?

"He is happy to have someone like Lorenzo working for him. Lorenzo is Lorenzo, last year he had a difficult time, he knows Yamaha just like us and is a five-time world champion. Yamaha did a great job hiring him."

But in a year's time there could be one too many ‘Lorenzos’ in Luca Marini's ascent to MotoGP, and in particular in the Petronas team.

Talking about Marini, today he presented the new bikes. Is it the right year for Luca?

"Every year is crucial, but I don't mind telling you that Luca is excited about being able to do something important this year. Only one rider can win the world championship, but I don’t see why it can’t be him."

Moto2 is now much closer to MotoGP. Do you believe that Luca is ready for the jump or is he one of those riders who must first win the world championship and then settle in?

“If you arrive in MotoGP as a world champion you obviously have something extra on you. But Luca is already a top-class rider, he is meticulous, he works on telemetry and he is a bit of an engineer-rider. At these levels they are all strong, but it is this aspect that makes the difference".

“Last year we suffered from the change in the tyre, which got bigger at the rear. We weren't good as a team at giving Luca a competitive bike but as soon as he arrived, he won two races in a row, then he crashed in Australia and we lost some ground."

Today the whole team was at Luca's side, including Moto3. What do you think of these riders?

"The team is close-knit; in recent years I have learned that it is better to have a team of riders who get along with each other rather than the phenomenon that doesn’t listen or does things the way he wants. They are friends, they are close. That’s the way I see them." 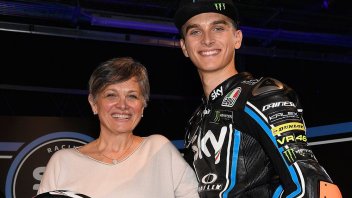 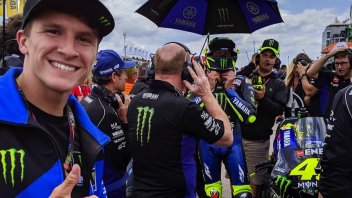 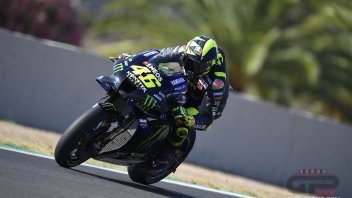 "For me it is not logical and acceptable to be slower on the second day than on the first, instead I am fifteenth on the grid"
6 days 1 hour ago