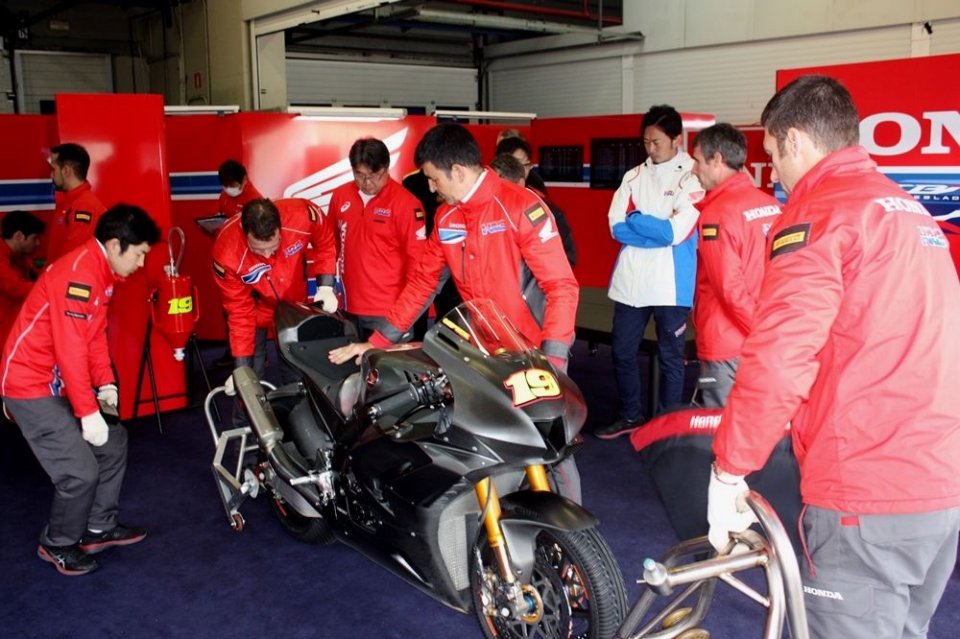 It is undoubtedly the bike everyone is eager to see. We are obviously talking about the Honda CBR 1000RR-R that, with the Bautista-Haslam duo, will aim at putting an end to Johnny Rea's domination, which has lasted five years in the Superbike. Honda's ambitions are high, as are the goals it wants to achieve, so much so that the Spanish rider thought twice before leaving behind a bike with which he had won sixteen races to jump onto another bike that has a big question mark hovering over it.

Waiting for the inaugural stage at Phillip Island to arrive and for all the cards to be finally laid out, there are some aspects that, during these winter tests, have not gone unnoticed by those who were present on the track. These included engineers, technicians, and mechanics. In some way, Danilo Petrucci comes to mind. When he arrived in the official Ducati team he said: "I have so many engineers and technicians by my side that I can't even see out of the garage."

A situation that, in some ways, we see again in Bautista, surrounded during these tests by a work group that is incomparable in numbers to that of the other teams, such as BMW, Yamaha, Ducati, and Kawasaki. In addition to all the staff on the field, there's also the secrecy aspect. Although we're talking about derivatives, Honda does not let the slightest bit of information leak out, building a a wall around its CBR. HRC's team manager, Alberto Puig, and HRC's director, Tetsushiro Kuwata, were present in Jerez, following the latest evolution, step-by-step, without however leaving any statements.

So you have to wonder what to expect from this Honda. Most likely a bike that will soon be able to fight for the win, since the prerequisites seem to be all there: "I'm convinced that they'll quickly reach important results ," Pirelli's Giorgio Barbier told us. "The thing that surprised me most is their working method. They look like a symphony orchestra, where everything is perfectly tuned. Just seeing them as they move around the field is a work method that recalls the MotoGP."

Go Eleven team manager Dennis Sacchetti added to what Barbier's stated: “From what little we saw in Jerez, their organization is impeccable. I think their strength is in how quickly they satisfy the requests of the riders."

In short, Honda and HRC raise the bar in the derivatives paddock, and the other manufacturers certainly cannot neglect this detail, as they wait for the results on the track.

Moriwaki won the inaugural Moto2 world championship with Toni Elias: "Toni won riding the MD600, one of the best achievements in Moriwaki's history,...
22 hours 14 min ago