The Kiefer team announced its decision. It will not take part in the Supersport World Championship. The German team had decided to leave the Moto2 (the class in which it  won the title in 2011 with Stefan Bradl) to start a new adventure in 2020 with the derivatives and riders Thomas Gradinger and Lukas Tulovic. But finding financial coverage for the season proved more complicated than what they  had expected.

The team also launched a crowdfunding campaign, but it wasn't enough to put together the budget they needed. That's why they decided to abandon their project in the Supersport.

Kiefer Racing  has now decided to participate in the Moto2 European Championship. Tulovic married this project, while Gradinger preferred to look for another spot in the Supersport.

"We're not at ease with this, and it's also very difficult for us to make this announcement," explained  Team Principal Jochen Kiefer . "From a business point-of-view, it would have been too risky to start the season. So we have to cancel our participation in the 2020 Supersport World Championship before we end up in a bottomless pit. We are terribly sorry for everyone involved. Especially for Thomas and Lukas."

“We have left no stone unturned in the past few weeks and months to find the budget we needed. At this point, we would like to thank all the people and all the companies that contributed to our campaign, while some companies still spontaneously agreed to provide further support. The reactions and the incredibly large number of participants were a surprise to us in every respect. It was all very touching, and it motivated us further in these difficult times. Unfortunately, we were unable to cover the season. As we announced, we will therefore use the proceeds from this campaign to offer both riders the best possible alternative."

"Kiefer Racing will try to create a project with two riders in the Moto2 European Championship for next season. Peter Bales, Lukas Tulovic's manager, has already confirmed that he wants to compete with us in the European Championship. We're happy for Lukas. Despite the move to another championship, all of his personal sponsors, supporters, and suppliers will continue to participate. For Thomas Gradinger, however, the CEV is not an option. He  prefers to remain in the Supersport, which is understandable for us. So Thomas will receive his share of the proceeds. During the trips to the races in Spain, we will certainly still have the names of the supporters with us on our truck. So, once again, thank you all for your contribution. Now we can't wait to focus on the Moto2 European Championship in order to have a successful season." 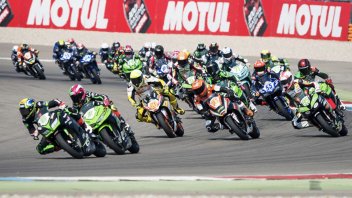 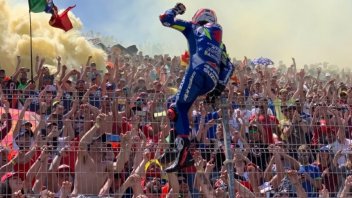 VIDEO - A challenge of reflexes between Red Bull Motorsport athletes, with Verstappen, Gasly, Albon and Kvyat who challenged Pol Espargarò
4 days 12 hours ago