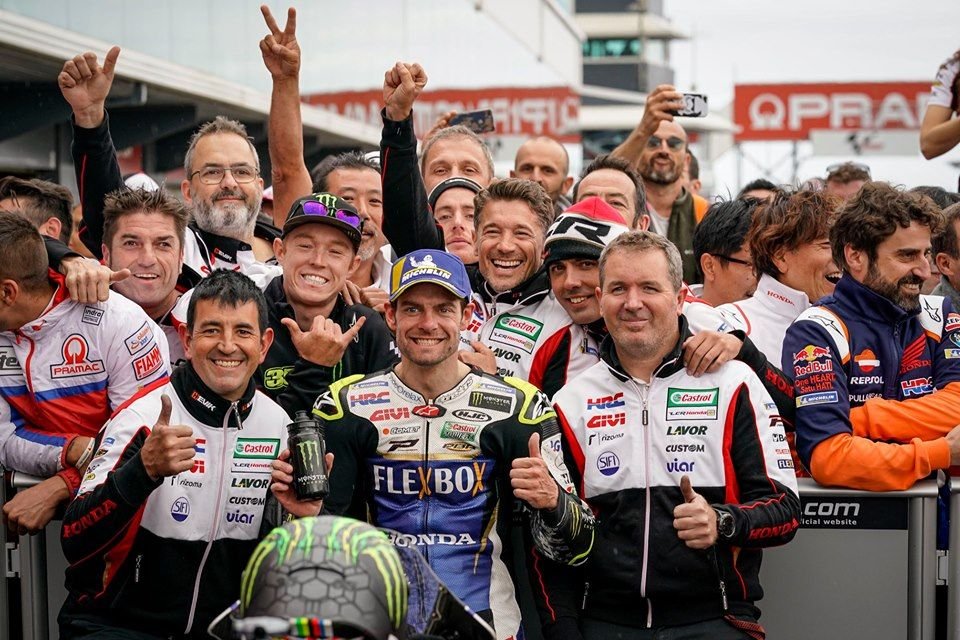 Cal Crutchlow told Crash that Jorge Lorenzo would probably have been able to be competitive if he hadn't decided to retire.

"Even if you race with a three second gap, you're still going fast, so you still risk falling," the LCR team rider pointed out. "Three seconds in our world are a huge difference, and three tenths are a big difference. What I'm saying is that I believe that, if he had continued, he would have become faster. But I fully understand his decision, probably more than anyone else in the paddock. He did everything he could have hoped for. He really should be happy, and I'm sure he is. Even when I fell at Phillip Island and destroyed my ankle, I thought about retiring but, after an hour, I was already talking to the surgeon to hasten my return. I'm a bit like Marc. Jorge is more sensitive."

Crutchlow then explained that he was not at all surprised by Lorenzo's bad season.

"The Honda is a difficult bike. It's incredibly stable when braking and more than thinking about getting around it's weak points, we have to concentrate on those where it's strong, in order to be fast. Of course, pushing on the front is a difficult thing and, to brake later, you have to take many risks. But the more risks you take, the more you brake late, and the faster you go with the RC213-V."