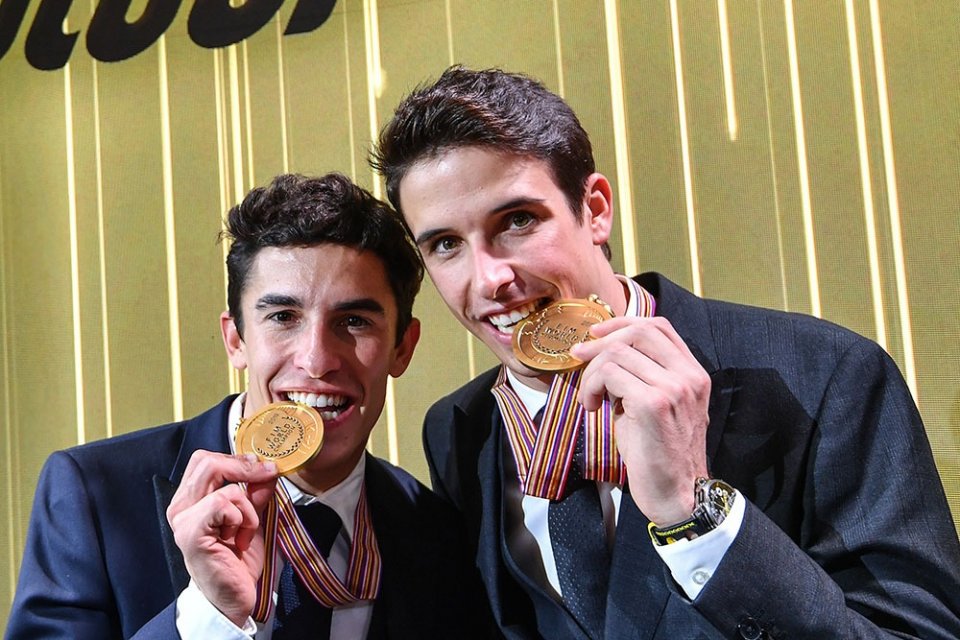 If anyone still had any doubts, these have now been cleared up with the latest Honda release. Alex Marquez will team up with brother Marc on the HRC Repsol team next season. The Spaniard has won the three-way fight against Johann Zarco and Cal Crutchlow, both candidates for the seat vacated by Jorge Lorenzo following news of his retirement. A race that in reality never even began, because although the man himself continues to deny it, it's clear that Marc is involved in this Honda decision, and has a certain leverage considering his own negotiations ahead of the 2021 season.

A very brief release, that precedes a press conference with Alberto Puig, set to take place at Valencia at 7pm. The text is short and to the point but does reveal one interesting detail, in that Alex has only signed a one-year contract, for 2020. Here is the full release: 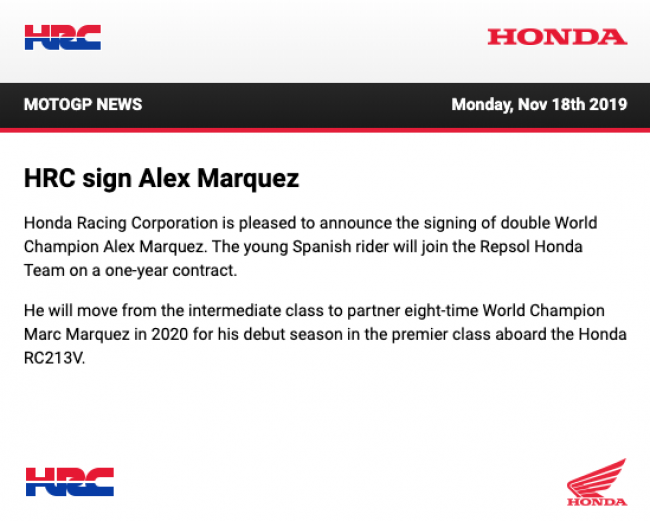 Alvaro and Leon Haslam will be back in action on Thursday and Friday at Motorland, new material and engineers expected from Japan
16 hours 57 min ago

For the first time the riders will use the brand new rear tyre in the race which will be put to the test by the extreme heat. In MotoE tyres made...
19 hours 48 min ago

The Dutch team (which was supposed to run with Tom Toparis and Gianluca Sconza) has postponed its debut in the World Cup due to the financial...
1 day 5 hours ago

Among the other teams, Webike SRC Kawasaki France Trickstar (EWC champions) and Moto Ain (Superstock champions) will use the French tyres
3 days 21 hours ago