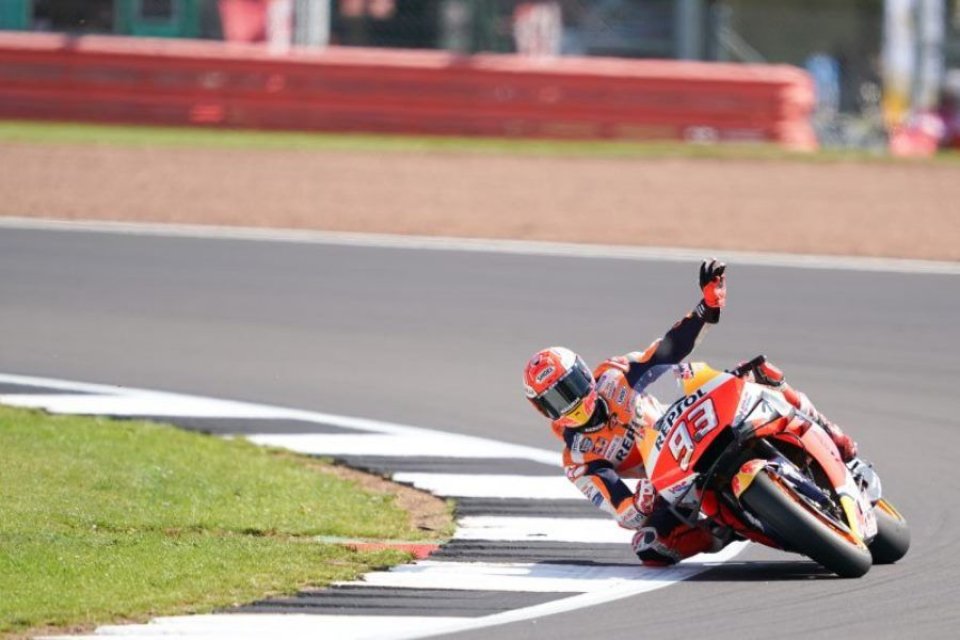 – At the British GP Maverick Vinales stood on the podium for the 60th time in his Grand Prix career, one less than soon-to-be MotoGP Legend Jorge “Aspar” Martinez, Tom Luthi and Pier Paolo Bianchi.

– With Marcos Ramirez, Augusto Fernandez and Alex Rins, the British GP was the third hat-track of wins for Spain this season (along with Barcelona and Austria) and the 35th overall in the 125cc/Moto3, 250cc/Moto2 and 500cc/MotoGP classes.

– Over the last 21 races he has finished, Marc Marquez has always been on the podium and finished third only once, in Brno last season.

– The MotoGP podium at Silverstone was the 20th in the premier class with three Spanish riders; the 19th with Marc Marquez and five riders have been on the podium on more occasions in Grand Prix racing.the first where it was Alex Rins who won the race.

– The win for Alex Rins at the British GP was the fourth victory for a Suzuki rider since the introduction of the MotoGP class in 2002.