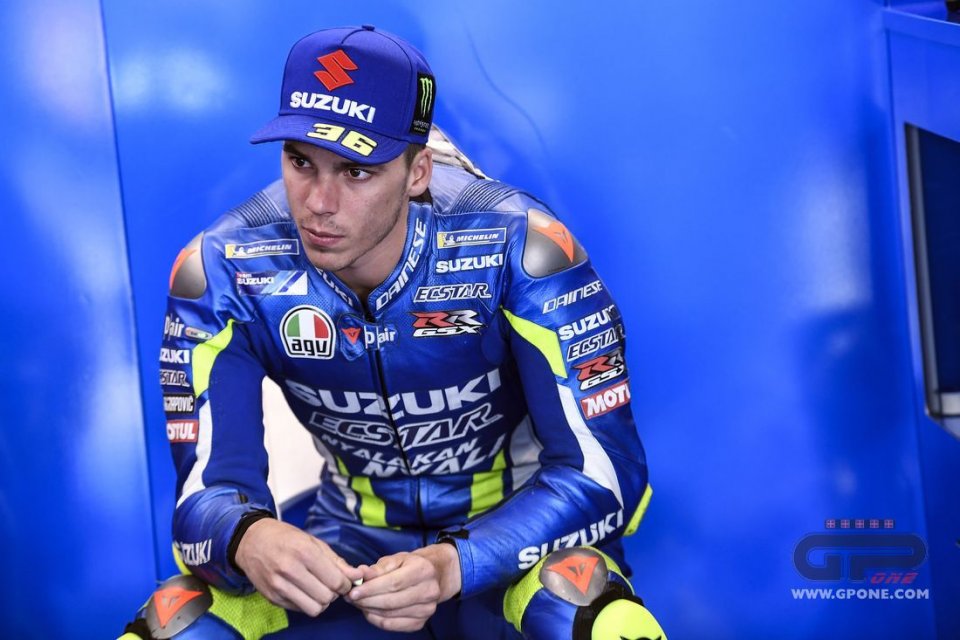 Joan Mir will not participate in the British Grand Prix scheduled for Sunday at the Silverstone circuit. The Spanish rider suffered an injury during the Brno tests, which forced him to miss the Austrian GP and recover for two weeks.

His presence in England has been ruled out, since he hasn't recovered to his fullest from a pulmonary contusion, along with overall weakness caused by not being able to train after the accident.

A mutual decision was reached by the rider himself, the doctors of Internal Medicine at the Dexeus University Hospital in Barcelona - led by Ángel Charte (Medical Director of the MotoGP World Championship) - and Team Suzuki.

A new series of tests were taken, including X-rays, in order to determine how his lung is recovering. Although the test results as well as Mir's overall health conditions were good, as a precaution, the doctors  advised the rider not to hurry back to racing, but to start off normally, in order to improve his physical condition and be able to participate in the next Grand Prix.

Following an assessment of Mir's condition, Dr. Angel Charte stated: "After the tests we performed, we detected some residue in the lung and, just to be safe, we think that the best thing is for him to recover fully before racing again."

Joan returned home, where he can begin an active rehabilitation. "He must now recover his lung capacity and strengthen his overall condition, after several weeks of inactivity. To be able to do this, he can start walking, running, doing some exercises in the mountains, and train, but in moderation," added the doctor.

At Silverstone, Team Suzuki will replace the rider from Mallorca with test rider Sylvain Guintoli, who is currently completing official tests at the Kymiring circuit near Kouvola in Finldand.

Team manager, Davide Brivio, commented: "It's really too bad that Joan is going to also miss the Silverstone race, but we believe it's very important for him to fully recover and be 100% fit again. After talking to the doctors, we all decided that he'll miss out on the British Grand Prix but will be able to get back on his bike next week. The Misano test will be an excellent opportunity for him to verify his physical condition and resume slowly. That test will also be a golden opportunity to prepare for the next GP, and we hope that we'll have a Joan at his finest for the Misano weekend, ready to start his season where he left off. That's why our test rider, Sylvain Guintoli, who is currently in Finland for tests, will replace Joan, and we'll try to use this weekend to collect very valuable information."

Joan Mir stated: "In the end, I won't be able to go to Silverstone for the next race, and it's a real shame, but that's the way it is. My health must be the priority. After the accident, I rested for several weeks, first in the hospital then at home. I started walking but, after the follow-up tests, it looks as if I'm not 100% OK, yet, so the doctors have established that I should continue my rehabilitation. It'll start to train a bit ,so I can get to the next race in better physical shape and not have to take too many risks. I'd like to thank those who are supporting me and taking care of me, my team, Suzuki, for its concern, and the thousands of fans who have encouraged me all these days and who have shown me a lot of affection. See you soon!".