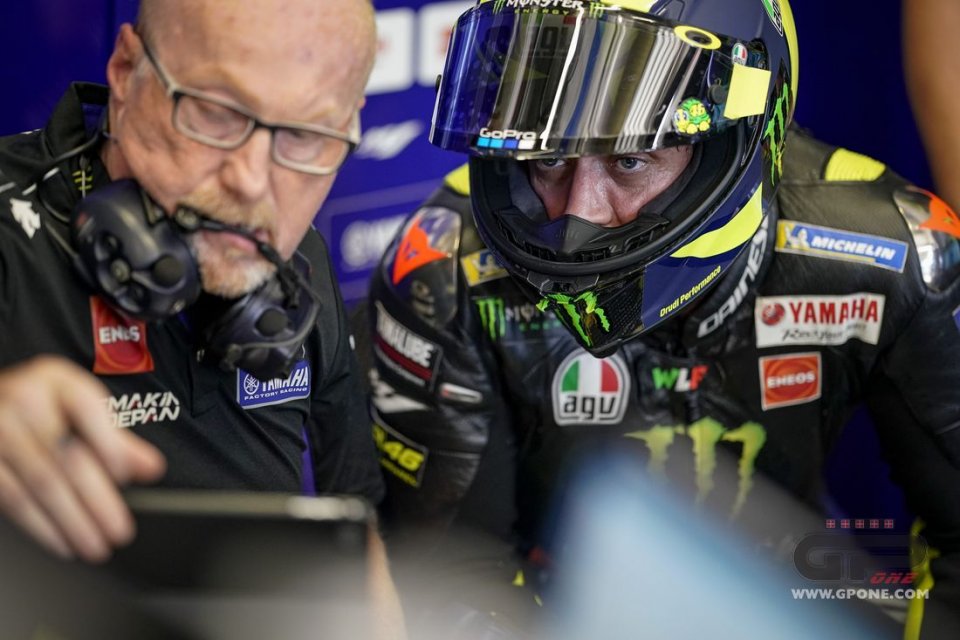 Domenica Sport, a Radio1 Rai broadcast, dedicated an hour to Valentino Rossi. The Doctor was interviewed by Nico Forletta (see HERE for the complete written interview), while his father, Graziano Rossi, "our" Carlo Pernat (who discovered him), Flavio Fratesi (head of his Fan Club), and Silvano Galbusera (the Doctor's head technician) were present.

Naturally, the interview veered towards Valentino's 10th title. A chimera he has been following for years.

Silvano Galbusera took some blame for this. "Valentino could win his 10th title. The question is whether we'll be able to give him the right bike to do so. For now, the shortcomings have been greater, both for us and for him. However, I'm optimistic, and I think we can do it. The most important thing, however, is not the number of titles, but showing that you're competitive and the best among everyone."

For Graziano, the double figure shouldn't be an obsession. "What's the difference between 9 and 10? Valentino really wants the 10th title and feels competitive enough to get it, but it's much more important to be competitive every year. Valentino simply has lots of talent. But he works very hard to develop it, and many people can't imagine how much it takes to maintain this level, and his very high level of sporting imagination also helps him out."

According to Pernat, Rossi has already achieved that goal. "Valentino feels defrauded of his 10th title after what happened in Malaysia in 2015, and I agree with him. He had already won it. Now it's very difficult. At a certain age, unconsciously you might want to risk less."

Fratesi, on the other hand, sees the glass half full. "The defeat in 2015 was a victory. It led Valentino to be even more loved. If Marquez wanted to do him harm, when it comes to fans, he shot himself in his own foot."