What could you want more from life? We have to ask Johnny Rea, who would have never imagined another identical script after the one seven days ago at Donington. Like last Saturday in the UK, Alvaro Bautista thought it fit to throw away Race 1, while the Cannibal thanked for the gift, reaching +49 points in the world championship rankings.

For the rider from Northern Ireland, it's like a sentence that seems like a stake claimed on the World Championship.

"I knew I had a consistent pace," Johnny began. "My goal was to maintain the leadership on the race at the first corner, also because this track is not easy. Lap after lap, I managed to keep my pace but, in the last ten laps, the front started suffering. We'll, therefore, have to try to take a step forward for Sunday."

Bautista gave him a gift, eliminating himself.

"I always tried to maintain my pace, also because I had Davies behind me. My plan was to perform the best as possible on the race pace. I'm happy, given that today the bike was stable and competitive."

Rea flies to +49 over Bautista but, despite the advantage, he's not letting his guard down.

"The advantage is never enough, since there are three races every weekend, and anything can happen. I'll face the upcoming races with the same attitude as always. This situation is great for me, since I never imagined of having such an advantage."

I'm obviously happy, since we never gave up when faced with difficulties. We found ourselves facing several complicated situations, trying to keep our spirits high. Bautista is still very strong and the season is long."

Certainly, this race towards the fifth world title is important for the Kawasaki rider.

"This is definitely the biggest challenge. The previous years, in the first few races, I managed to quickly get an important margin while, this year, I found myself dealing with the opposite situation. Personally I'm proud, since this is a great team."

The fact is that it's the fourth consecutive time that Bautista has fallen.

"Maybe, in my first year of racing, I also fell a lot. In that season, I tried to be too aggressive and, in the end, I destroyed all my ambitions. In the racing world, you always have to have an open mentality, without giving up, and you have to try to be optimistic. For example, I think of a race like the one in Assen, where I struggled, or at Misano, where I convinced myself to win and, in the end, I got that result." 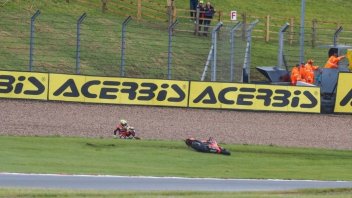 Bautista: “I'm not worried, no one asked me to win the championship” 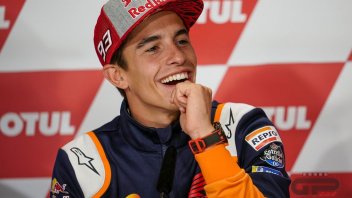 Marquez: "Championship over? No, just look at Bautista in SBK"