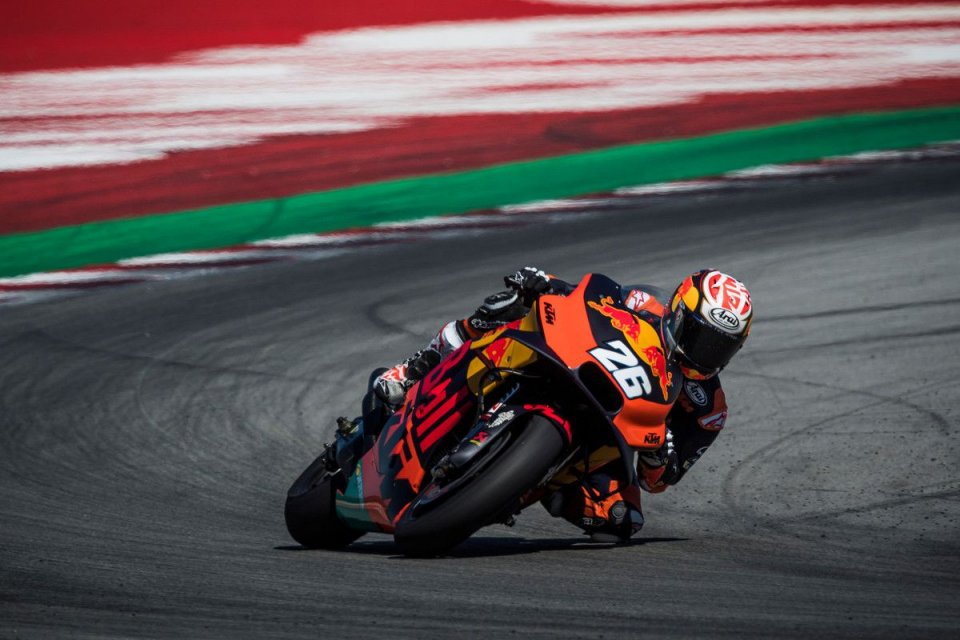 Seashore or mountains, the MotoGP riders will only have to choose their favorite destination to pass the next 3 weeks, waiting to return to the track in Brno during the first days of August. But this doesn't mean that their bikes won't be running because practically all the manufacturers will use the summer break to improve their vehicles with their respective test teams.

Like today, and until Thursday, Dani Pedrosa and Mika Kallio are in Brno to develop the KTM for the Czech Republic GP. The Spanish rider will then leave for the Red Bull Ring - the home track of the Austrian company - this time alone, to get back on the RC16 on July 22nd and 23rd.

Instead, Misano will be crowded on August 15th and 16th, the circuit where Michele Pirro will be present with Ducati, Stefan Bradl with Honda, and Bradley Smith with Aprilia, joined two days later by Sylvain Guintoli with Suzuki, who will then move on to Motegi for more tests.

The riders will then be testing in Brno on August 5th, the Monday after the GP.

Alvaro and Leon Haslam will be back in action on Thursday and Friday at Motorland, new material and engineers expected from Japan
23 hours 17 min ago

For the first time the riders will use the brand new rear tyre in the race which will be put to the test by the extreme heat. In MotoE tyres made...
1 day 2 hours ago

The Dutch team (which was supposed to run with Tom Toparis and Gianluca Sconza) has postponed its debut in the World Cup due to the financial...
1 day 11 hours ago

Among the other teams, Webike SRC Kawasaki France Trickstar (EWC champions) and Moto Ain (Superstock champions) will use the French tyres
4 days 3 hours ago