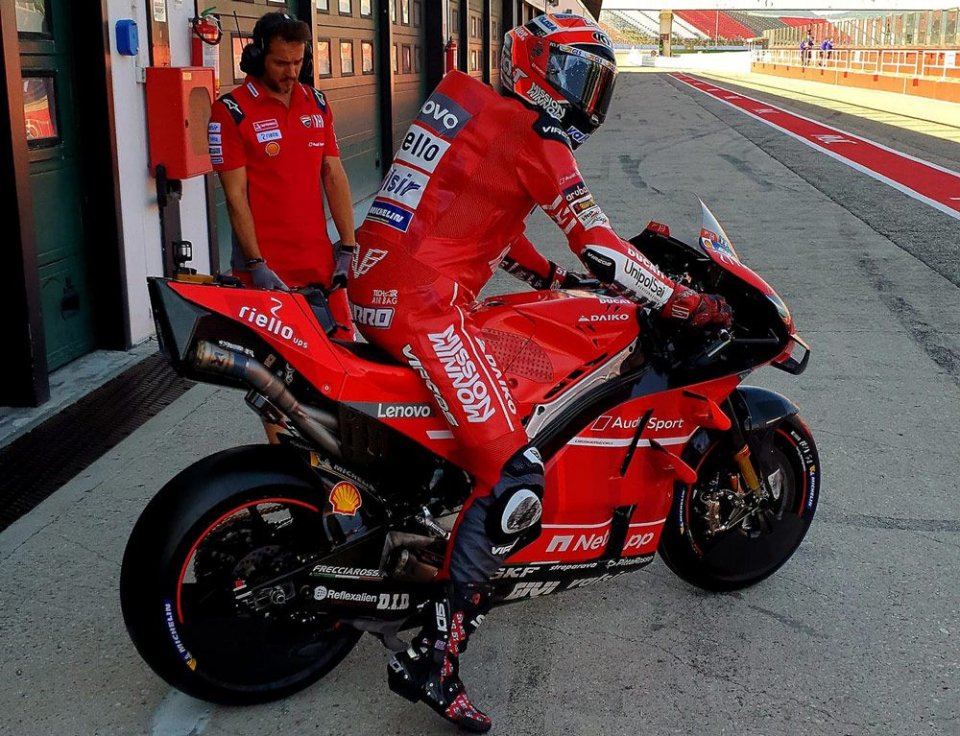 Ducati and Yamaha must improve. The first has to try and rip away a championship from Marquez that seems to be under the sign of the Spanish rider once again. The second has to bring an oftentimes disappointing M1 back to its competitive level. That's why the two companies arranged a two-day test in Misano for their respective riders.

After having raced on the track in Romagna just a few days ago on the Panigale V4R, Michele Pirro returned to grasp the handlebars of the Desmosedici GP19 yesterday. In fact, they never stop working in Borgo Panigale, and Gigi Dall'Igna and his men certainly don't lack inventiveness, as we saw from the recent tests in Barcelona.

They're also pressing down hard in the accelerator in Iwata and have promised to debut with the prototype of the 2020 bike in mid-August in Brno. Meanwhile, Jonas Folger, the official Yamaha test rider who has set up a test facility in Europe this season, is also at work.

Just like yesterday, the two testers also shared the track today with the official SBK riders of the Ducati Aruba team, Alvaro Bautista and Chaz Davies.

Both will be racing tomorrow. Pirro will be at the third stage of the CIV at Imola, the championship where the SBK class commands, while Folger will be at Assen on the Petronas team's Kalex Moto2.