He came out into the open in the afternoon, taking his Kawasaki to third place, behind Alvaro Bautista's Ducati and Michael van der Mark's Yamaha. What initially seemed to be an all uphill Friday for Johnny Rea, in the end, turned into a day that in some ways led the Cannibal back on the right path.

The Northern Irishman managed to reduce his gap, positioning himself just three tenths behind Ducati and its n.19.

"Unfortunately, this morning we struggled more than expected, especially with the bike set up," began Rea. "Instead, in the afternoon, we managed to find a set up that would make me more competitive when braking and so it was. Among other things, I was able to try all the tires available, knowing that race management will be fundamental."

In this first part of the season, a real head-to-head with Bautista was missing. Do you think it may be the right opportunity.

"I really hope there will be a battle. I say this for me, but also for Alvaro and for all Superbike fans. Unfortunately, as of today, there hasn't been a real duel between us, and we hope this will be the occasion. Here, in Jerez, I experienced mixed emotions in the past. I won the last time, then I got on the podium. Let's see what happens on Saturday afternoon."

Johnny, you were the fastest of all on Thursday in the Misano tests. How much has the Kawasaki changed?

"We've made changes that, in some ways, can be considered small but, instead, they're big. First of all, we focused on the front and on my position on the bike, changing the geometries and then transforming it. Thanks to the work of my team, the handlebars are now much closer to the body. The position of the footpegs has also changed. I would say that the Kawasaki has been a bit revolutionized."

Do you have more awareness now?

"I've never been lacking in that. During this season, we've struggled more in various occasions, but we never gave up. We suffered in Thailand and Australia, just like in Aragon. In Assen, on the other hand, I got to the third step of the podium. In Imola, we were able to find some excellent sensations, especially in the final part of the track, where I could do what I wanted with the bike.”

One last word: what do you think about the presence of another MotoGP rider like Redding in the SBK World Championship? As we know, he'll be racing in Donington.

"I think having such a strong rider is useful for this paddock. But I don't want to say much more. We'll see what happens." 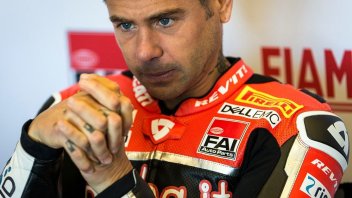 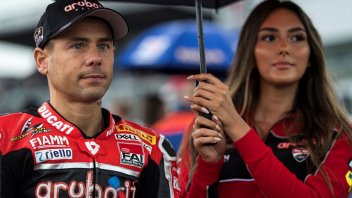 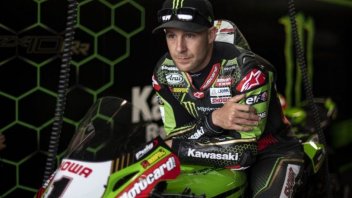 VIDEO - The flames spread during a day of free practice, no harm to people or structures
2 days 12 hours ago

The reigning champion wins race 1 but ends up on the ground in race 2, giving the Suzuki rider his first career success. A 4th and 7th place with a...
2 days 18 hours ago

A non-stop week for the Ducati rider, beginning with the Misano tests, then a bike ride to Tavullia, and today on the Dorno track
3 days 13 hours ago

The collection will be up for auction August 15th and 16 in Bicester. The Morbidelli 250, with which Giacomo Agostini competed in Misano in 1976,...
4 days 17 hours ago

The SKY VR46 team rider injured himself training on the motocross bike: "I'm already going to the gym, soon I'll be back on the bike to check my...
5 days 14 hours ago

"If we have three overseas rounds on top of this it will be a very intense end to the year. Of course, if the final race of the year were in Malaysia...
6 days 20 hours ago

AIPS, the International Sports Press Association, has taken a stand against the decision to only admit TVs to the races
1 week 7 hours ago