Fabio Quartararo, rookie at his first MotoGP experience, is one of the strongest riders on the qualifying lap. And the results say it all. With the astonishing 1.45.733 this afternoon on the Mugello circuit, the French rider has earned the second position on the grid and third place in the special classification that counts only the results of the qualifications.

"The time-attack is our strong point ," Quartararo said at the end of the qualifying lap. "A pity because I thought I could get a pole, but Marquez was too fast today."

Quartararo is in his first season riding a MotoGP, in a newborn team, and after only two years of Moto2. The simplicity and the strength with which he is asserting himself make it seem almost easy to move from the intermediate class to the top. Is that so?

"Absolutely not. It was a difficult process because I had to adapt to many things. Every time I get on the bike I think that power is the most incredible thing, but then when I brake or think about the electronics, I'm no longer that sure. Generally, they are crazy bikes. If I have to think about what was the greatest difficulty in these months," Fabio continued . "I'd have to say the adaptation to carbon brakes."

A difficult process, therefore, marked by very clear stages: from a complicated winter to the pole in Jerez.

"In the first tests in Valencia, we were far behind," he said. "Instead, on the second contact with the bike in Jerez, we went better, and during the tests at Sepang the sensations continued to improve but the ranking didn't reward us. Together with the team, we have been able to find the right path from Qatar, especially with regard to the braking and, from there, we have made many steps forward up to Jerez. The most important thing was the team that didn't put pressure on me at any time, not even when Bagnaia, the other MotoGP rookie, rode a second faster than me. I remained calm."

How do you think tomorrow's race will be for you and the other Yamaha riders? Rossi and Vinales are in trouble.

"Vinales has a really fast pace, and Rossi is a race rider. He has won 9 world championships and many competitions and his qualifying results do not reflect these victories. As for me, I know that tomorrow I will race in one of the best circuits in the world," continued Quartararo. "It's my favorite. I know that it's special for Italian riders to race here, but I think it's important to find concentration in every country, whether Italy, France or Spain. Tomorrow, the Warm Up will be very important because it will help us decide which tires to ride in the race. I don't think the heat will be much of an influence." 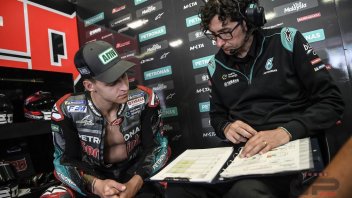 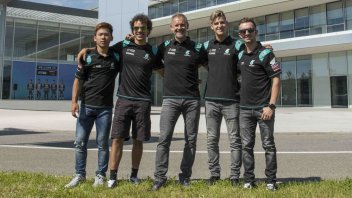 After winning the first instance of the trial brought by the two former custodians of the villa in Tavullia, the outcome has been reversed on appeal
13 hours 34 min ago

Spaniard, Italian and New Zealander set for induction into the Hall of Fame in 2020 Jorge in Jerez, Maz at Mugello and Hugh later in the year
1 day 12 hours ago

Last week a member of the MotoGP family lost his life.Here are the details of his funeral and a link to a memorial fundraising page in honour of Gary
3 days 6 hours ago

The riders had complained about too many holes: new asphalt for Turns 1, 2, 9, and from 16 to 19, including the return straight.
4 days 11 hours ago