Mugello is a story in itself, one of those races that even manages to make an impression on a warrior like Valentino, who has fought many battles throughout his career. Coming to this strip of asphalt in the Tuscan hills leaves Rossi feeling particularly emotional.

“The days before this race are different to usual, I feel more tension - he confesses - It's simply the most important race of the year, more than Misano, because this is the true Italian GP and it's at a beautiful track”.

One of those events where motorsport history is written, like Monte Carlo for Formula 1.

“There is a comparison - he confirms - There's a special atmosphere and winning in a car in Monte Carlo or on a bike at Mugello is fantastic. It's not just an historic circuit, but it's never changed, which is rare”.

What would be better than breaking your fast here?
“It would be great because, I repeat, this is the most important race of the year.Winning here is special for all riders, but even more so for an Italian. We'll see how we go tomorrow, it's important to work well and make the right decisions”.

Do you feel optimistic?
“It's always hard to make predictions, I thought we'd be competitive at Le Mans and then I struggled more than expected. Last year we didn't do badly and the M1 has improved in certain ways since then, the details will make the difference”.

Such a long straight is not the best for the Yamaha, at least on paper…
“That's true, but we're losing most in acceleration and there is less acceleration from slow speeds at this track. The problem though is that the Hondas and Ducatis are not only fast along the straight but also through the turns, we need to study every part of the track to be able to give it our all, or more seeing as we're in Italy. We need to find decent top speed, otherwise it will be a big problem through the turns if everyone passes me on the straight. We also need to qualify well".

Marquez has the flu…
“I'm telling you, it's all a strategy. Tomorrow he'll be fine and we'll all have a 40° fever. I'm surprised actually, it's the first time he's been ill, I thought he was a mutant! (he laughs). Joking aside, I don't think a cold will bother him much, he'll be quick, the Ducatis too. Despite it all, I wasn't too far from the podium at Le Mans and I'll give everything I have to reach it this weekend. It's the best podium of the year”.

The track too, though many say that the rise and fall at the end of the straight is too dangerous. What do you think?
"It's an old style track, there are some very fast points and small run-off areas. The easiest solution would be to round off the hump before San Donato, because we're at the limit with the MotoGP". 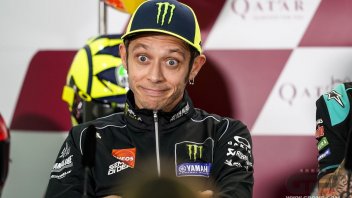 The German test rider will also be on track tomorrow to continue developing the RC213V: "The rain and cold affected our plans."
14 hours 53 min ago

VIDEO. The Japanese team's rider missed the last three GPs of 2019 to solve his physical problems and get to the Sepang tests in the best of shape.
1 day 9 hours ago

After winning the first instance of the trial brought by the two former custodians of the villa in Tavullia, the outcome has been reversed on appeal
5 days 11 hours ago

Spaniard, Italian and New Zealander set for induction into the Hall of Fame in 2020 Jorge in Jerez, Maz at Mugello and Hugh later in the year
6 days 10 hours ago