For 9 years, he rode a Yamaha, enough to think that he would have never left. But then his career took another turn and, from then on, there was no shortage of turns of events. Lately, unfortunately or fortunately, Lorenzo doesn't seem to like things easy. He chooses the most inaccessible paths, he stumbles, gets up again, slips, stretches his pace and, until now, has always arrived at the top.

He did it with Ducati, managing to tame the red beast. He's trying it with Honda. Injuries and fate didn't help him out in these first races, but the Majorcan rider is not the type to throw in the towel.

Jorge, how would you define this moment in your life?
"I'm facing a difficult challenge. I usually like them, but only when I finally manage to overcome them (he laughs). Otherwise, it becomes hard. It's life. It's like being on a roller coaster, but the beauty of it is that nothing lasts forever."

"I arrived in Ducati by choice. In Honda, due to a series of circumstances."

Lately you like to choose the hardest path...
"That's true for Ducati. It was my decision to transfer to them, but not with Honda. There were a series of circumstances that offered me an excellent opportunity." 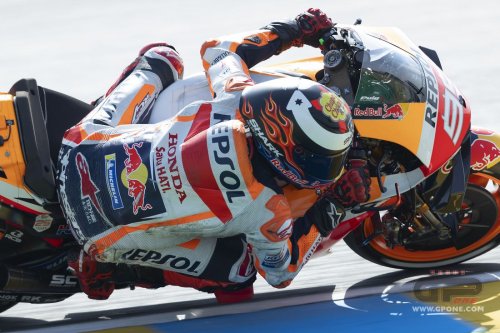 The results struggle to arrive. Will you and the team both have patience?
"We talked, and I told them it will be a long challenge because Honda is not a bike that naturally fits my riding style. I suffered injuries. I had to skip the Sepang tests. All this made it difficult for me to keep up with the best. I have to face this moment with patience and know that every little progress will be a victory because it will bring me closer to the best. When it happens, we'll see things with other perspectives."

For a champion, how difficult is it to accept not being able to win?
"It's hard, but there's worse in life. Once again, everything depends on the perspective from which you see things. I know, however, that I'm lucky, even if I can't aim for a victory right now.”

Ever thought of giving up?
"Never. I have a two-year contract, and I hope that the little steps, which I'll surely take with more experience, will increase mine and my team's motivations and to believe that, in the future, we'll be able to aspire to great results."

You have a contract until the end of 2020. Do you still see yourself on a bike at the age of 40, like Rossi?
"It depends on everyone's motivations, on the injuries that occur, you can't think in the long term. At 23, I said I wanted to stop at 27 because I would have already had spent lots of years in this world. Now I'm 32, and I'm still here. We have to think year by year."

What di motorcycling give you and what did it take away?
"It took off a small piece of my finger on my left hand (he laughed). Surely, it has denied me moments of fun with friends, leisure time. I had to train and sacrifice myself, but even normal people sacrifice themselves every day at their place of work. A perfect life is impossible. I was very lucky."

Looking back, what wouldn't you do again?
"I made so many mistakes, but you can't change the past, and you can only learn from what happened. It's useless to think about what you could have done differently.”

"Rossi is most similar me. Dovizioso is intelligent. Marquez is something else."

How would you describe your teammates: Rossi, Dovizioso, and Marquez?
"Valentino is technically the most similar to me, precise and constant. Andrea is a confident, intelligent, and cool rider, he makes very few mistakes but, technically, we have little in common. Marquez is something else . He is aggressive, he has a physical way of riding. He's very fast, and he's not afraid of falling."

Who was the most difficult challenge for you?
"Yamaha was a natural bike for Rossi and for me. We both had a great ambition, a similar level, and we battled so many times against each other. Against Andrea, when he was with Yamaha, I was the fastest, while it was the opposite with Ducati. He had a great experience with that bike, and it was natural to ride it but, in the end, I managed to beat him. Last year, if I hadn't injured myself, I could have finished the championship very close to him in the rankings."

Then there's Marquez...
"The challenge with Marc is the most difficult. He's 26 years old. He's very strong physically, and he's in his 7th year on a Honda. He knows it perfectly. Surely Marquez is one of the two or three greatest talents in the history of motorcycling. It will be very hard for me to reach his level, but I think that, with time, I'll be able to do it and I'll try.”

"It's easier to change bikes than to start a family!"

How do you imagine a Lorenzo who's no longer a rider?
"Freedom in life is very important. The more you have it, the happier you are. You must be very confident before taking an important step like starting a family or having a child. Certainly, it's more complicated than signing a contract to get on a new bike (he laughed). Once my riding days are over, I'd like to enjoy the things I've never done before, like traveling the world, getting to know the best restaurants, hotels, and beaches. Then I'll think about settling down " (he laughed). 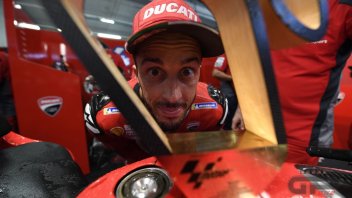 Dovizioso: "Passing Marquez was the best craziest move of my life."