Seeing Rossi challenge Dovizioso on the track is not exactly something new. It's happening for many years now, almost every Sunday, but what Berger had in mind was something more.

Dovi had no problem accepting and will race with the Audi RS5  (read HERE how his last test went) while there would have been a BMW ready for the Doctor.

"I have to be honest, I tried," Berger told Autosport. "My dream was to have Valentino on the BMW and Dovizioso on the Audi. I got half."

Better than nothing, but surely having the two motorcycling champions in Misano would have been what is called a big score. If for Andrea, however, racing with Audi isn't a problem, from a contractual aspect, it would probably not be the same for Valentino with BMW.

To see them race against each other there's always Mugello. But for racing car fans, there's still hope that Gerhard's dream will come true in the future, also because both riders have repeatedly declared to want to race cars once their MotoGP careers are over.

"Maybe next year..." said Berger as he let a smile peak through. Valentino would be welcomed with open arms. Both BMW and Aston Martin said there would be a steering wheel waiting for him. 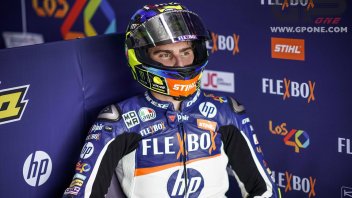 PHOTO. Tunnel tests on the GSX-RR to improve the bike's aerodynamics
1 week 6 min ago