Did Dovizioso win in Qatar or did Ducati lose? The chequered flag said its piece, but the federal tribune will have the last word. For now, we have a GP with no winner, whether we like or or not.

First came Baldassarri's win in Moto2, and Dalla Porta's second-place finish behind a surprising Toba in Moto3. All in all, not a bad start.

THE GOOD – However it turns out, it was a success. Dovizioso has begun the year in the best possible shape, perfectly managing a race that had his brain turning as quickly as the wheels of his Ducati. He needed to come away with the top prize in order to take on Marquez this season. Andrea is a top rider, but we didn't need stats to understand this.

THE UGLY – We don't yet know who has won, and won't for a few more days. On the one hand, the memory of the battle on track, on the other the fear that it was all in vain.

THE BAD – Formula 1 teaches us that signed papers can count for more than horsepower. Protests can and should be made, but then we need someone who can manage them. To examine an appeal just minutes after taking the original decision is bizarre to say the least, while not having a technical structure capable of controlling every nuance of the regulation is a real mistake. Riders and teams have raised their level of professionalism in recent years, it's time the FIM and Dorna did the same.

THE DISAPPOINTMENT – The same old story, a Vinales who is unbeatable but only when there are no points up for grabs. The Spanish Top Gun's race never took off, and after the rider spent weeks demonstrating that the M1 was podium material. It's only the first race, but we have been here before. 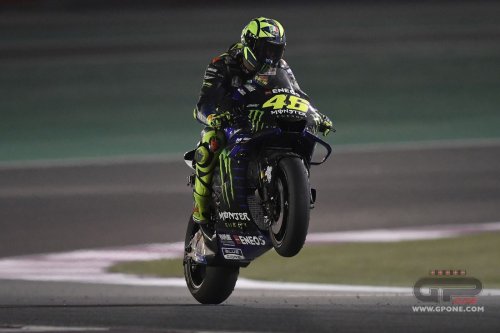 THE SURPRISE – You can still win by finishing fifth, though the Yamaha cup isn't exactly a recognised trophy. It little matters, because Valentino's performance ensured he returns to the role of captain within his team. His finishing just six tenths behind Dovi is perhaps not a miracle considering the slow race, but old Rossi was able to leave the younger and more battle-hardy competition behind. There's little to celebrate though, as the M1 is still playing catch-up.

THE CONFIRMATION  – Marquez is in difficulty, at a track that neither he nor the Honda like, and yet he finished 2nd, just a fraction of a second from Dovi. Critical situations for Marc look more like the dreams of most riders on the grid. A question of perspective, but the Spaniard's means that everyone else is in for some trouble.

THE MISTAKE – if Romano Fenati wanted to demonstrate the new Long Lap Penality, his timing was dreadful. In order to avoid making a mistake, he took the long way round but the unnecessary diversion cost him the chance of fighting for the podium. It's nevertheless good to see him back at the sharp end.

THE PASS – Alex Rins' favourite move, the rider doing all he could to stay in front of Dovi, or rather his Ducati's engine. He didn't manage it, but all credit to him for trying. Both he and his rookie team-mate Joan Mir did well. THE INTERESTING FACT –  Kaito Toba has proved that the Japanese can still have their say in the Moto3 class. And he received congratulations from a certain Casey who he met some years ago.

I TOLD YOU SO – The writer of this piece, on Sunday morning over coffee, put a symbolic euro down on Vinales. He lost it.

It was decided by the Board of Directors via video conference call. Previously the FIM-Dorna contract provided for a minimum of 13 Grand Prix. In F.1...
1 day 14 hours ago

An embarrassing moment for Audi Formula E driver Daniel Abt who, during the virtual race in Berlin, had an eSports professional race in his place:...
2 days 8 hours ago

The round scheduled for the Circuito do Estoril from the 4th-5th July would go ahead as planned and become the season opener, to be followed by the...
1 week 21 hours ago