Honda versus Ducati, the 2019 battle is served. Despite a long winter lying between us and the start of the new season, the Jerez tests have served to highlight the head to head between the two manufacturers. While the Borgo Panigale red bike led the way with Petrucci and Dovizioso on Wednesday, Thursday saw the spotlight turn to Takaaki Nakagami and Marc Marquez. It is a surprise to the Japanese ahead of the seven-time champion, the only riders to duck under the 1’38” barrier today.

These may be only tests, where the stopwatch is only so important, but the growth of the RC213V is also confirmed by Jorge Lorenzo. His fourth fastest time, on what is only his second exit on board the Honda after Valencia, hasn't gone unnoticed, the Majorcan gradually adapting to the new bike, which this week featured a fairing that recalls the shapes of the Ducati.

From an aerodynamic standpoint, the guys and girls of Borgo Panigale have definitely paved the way, though today's lap times saw Danilo Petrucci and Andrea Dovizioso playing catch-up. The factory team's new-entry once again finished ahead of his team-mate, by almost two tenths, though Dovi is suffering some wrist pain following Wednesday's crash.

Day two also saw the appearance of winglets on the tail of the GP19, a sign of the Italian manufacturer's continuing development. Others are keen to muscle in on this head to head between Ducati and Honda of course, Yamaha for one. Maverick Vinales and Valentino Rossi appear to be going down different paths and display different feelings. This evening, both will need to select their engine and it looks as if the Spaniard is fairly sure of himself, even more so having set the third fastest time of the day ahead of Jorge Lorenzo. The Doctor has a few more question marks to deal with, having once again confirmed the bike's limitations yesterday, before improving by a few tenths today to close in eleventh place behind Rins on the Suzuki.

His two 'pupils' Franco Morbidelli and Francesco Bagnaia were able to do better, sixth and ninth respectively, while Andrea Iannone continued his apprenticeship with the Aprilia, forced to settle for eighteenth place ahead of the KTM of Johann Zarco. Now it's time for a long winter break, before the action resumes at Sepang in February. 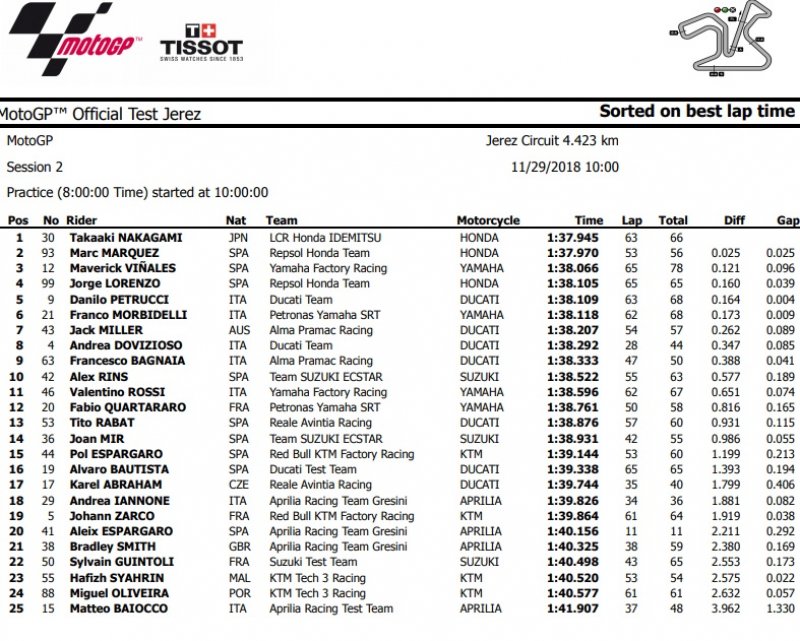 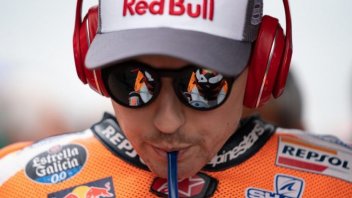 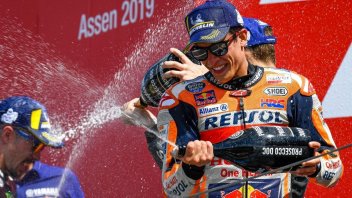 "I still have to get to know the new M1 better, but I already feel good on the bike." Morbidelli: "I don't have a factory M1? I will make up the difference in cornering"
1 day 12 hours ago

Dorna signed from 2022 to 2026. The Ricardo Tormo circuit will alternate with the others on the Iberian peninsula but will remain the last race of the year.
4 days 15 hours ago

KTM's sports manager at the gates of 2020: "This is the highest point of engineering applied to motorcycling and has taught us to go beyond our limits"
6 days 15 hours ago

VIDEO - A challenge of reflexes between Red Bull Motorsport athletes, with Verstappen, Gasly, Albon and Kvyat who challenged Pol Espargarò
1 week 10 hours ago