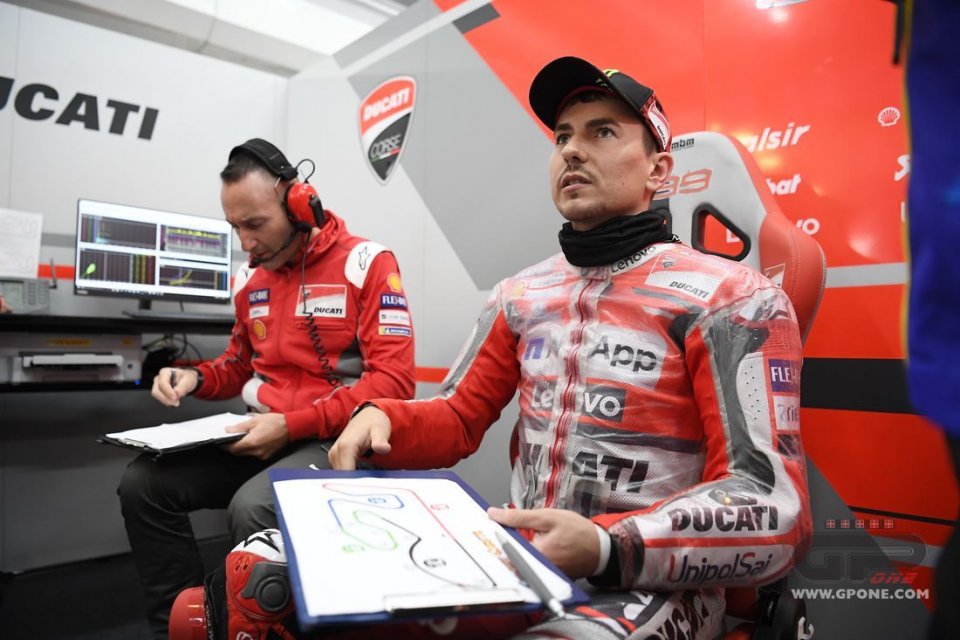 For Lorenzo it will be another difficult weekend and he had confirmation of that as soon as he got on his Ducati. The hand he injured in Thailand and had surgery on a few weeks later has still not healed and on a MotoGP bike the pain makes itself known.

“I’ll race, I can ensure you of that 100%, unless I crash and hurt myself again” he assured joking, but he won’t be able to ride the Desmosedici for the last time the way he would have wanted to. Despite the rain, the Majorcan is limited and his 19th time in FP1 and 15th in the afternoon session are proof of this.

“It is definitely going worse than I expected - Jorge explained - My hand has improved a lot, but I am still not in the conditions I thought I was in. In my everyday life I don’t have any problems, but riding a MotoGP bike is another story.”

Does the rain help you?
“It saves me a bit, because in the wet you force less, but on the other hand, it is also easier to make a mistake and crash. It is a more dangerous situation in that sense. There are some positive aspects and some negative aspects.”

Does that fact that Tuesday you’ll be on the Honda for the first time have an influence on your motivation?
“I would like to be at full fitness, race in the dry and do a good race, but that’s not how it will be. In the rain there will certainly be riders who will have a better chance and cut a better figure in the wet, but I am in a situation that is not very easy.”

What is the biggest problem?
“I feel pain in braking and I can’t ride aggressively. I have to be soft in my movements. Tomorrow we’ll increase the pain killer dose and I’ll be able to use more energy.”

You’ll be limited for your first test on the Honda too…
“I’ll think about that on Tuesday. There are only a few days left and I don’t think I’ll be able to improve too much. I think that I will be in a situation very similar to the one I am in now.” 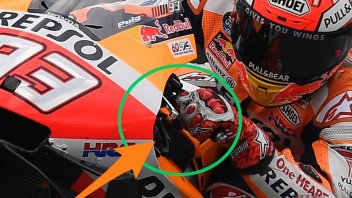