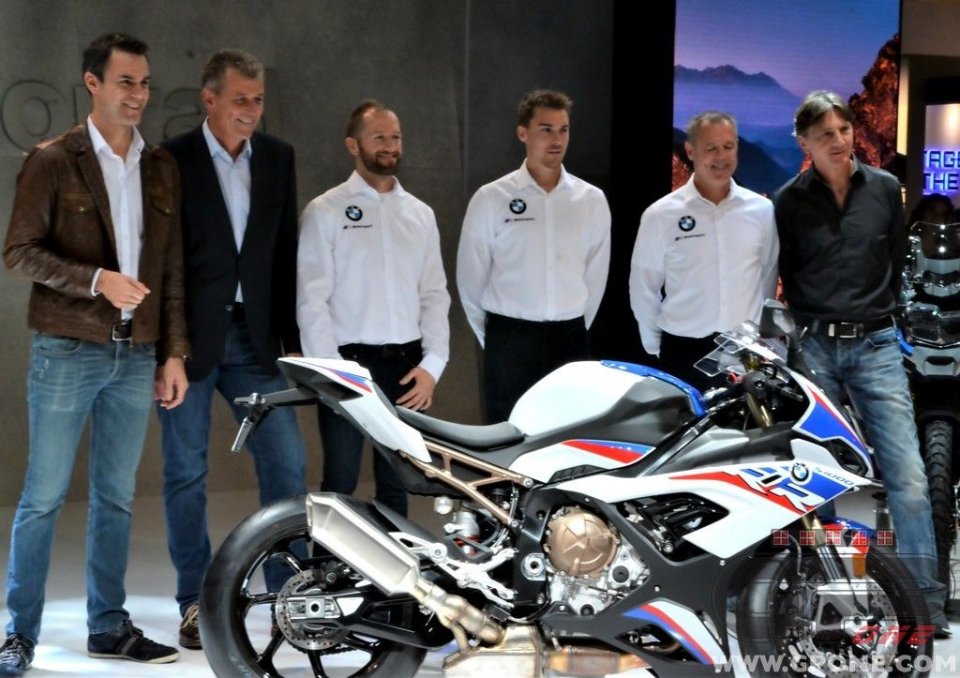 For the SMR team, 2019 has officially begun in Milan, during the EICMA show, the setting for the presentation of the team headed up by Shaun Muir.

From Aprilia to BMW, a return to the German manufacturer with which it debuted in 2016. Leaving the Italian RSV4 machines, Milwaukee chooses the new German S 1000RR bikes, an even more direct involvement between team and company. The riders are also new, with Tom Sykes who, after many successful years with Kawasaki now wears the white shirt that represents his 2019 adventure: "this hasn't been a great season for me - comments the Brit - because I was limited by a few unlucky episodes and injury. It doesn't matter: I gave it my all and was able to win and often find myself on top".

Do you have any regrets as you leave Kawasaki?

"No regrets. I won a title in 2013, I've just missed out on at least two more, losing them as a result of 'unexpected circumstances' that were out of my control. I've run at the front in some great races and I hold the Superpole record. So not at all bad, considering the names of riders I've beaten, starting with Rea. I don't know if he's actually the strongest rider in the history of Superbike, I was able to beat him on several occasions while on the same team, despite the bike not having been developing according to my requirements".

What pushed you to choose the BMW with SMR?

"Several reasons. I had some interesting offers on the table, but the one from BMW and team Milwaukee was the most attractive. Now I know I'll be able to count on a manufacturer that wants to follows my indications in developing the bike. The Milwaukee team and BMW will be dedicated to me, I want to try and win races and titles with the S 1000RR too. Markus Reiterberger - young and strong - will also be heard too of course, his indications as important as mine".

Markus Reiteberger, yes. The German comes from Bavaria, just like the bike he'll be riding, and not for the first time, having started out with BMW and team Althea in the 2016 Superbike championship. The latest Superstock 1000 champion knows his way around that region then, but also the new four-cylinder superbike: "I've had a great year and achieved the dream of winning the title. Now I'm focusing on my return to Superbike, I can't wait for the season to start".

You'll share the garage with a former world champion.

"Yes. And that excites me. He's really fast, he's Mister Superpole and has helped Kawasaki to win the manufacturer's title, as well as scoring the 2013 riders' title. I can learn a lot from Tom, I like him and I respect him as a person and as a rider. I will take my lead from him".

Shaun Muir, the Milwaukee team owner, is also very pleased: "we're all very excited about this new project. Returning to BMW is a real challenge that pushes us to do even better. We've worked well with Aprilia, perhaps the results were a little late in coming. BMW wants to win in Superbike, this is why we've chosen two high quality riders: Reiterberger deserves this opportunity, he's Superstock champion and I know he can do well in 2019. Sykes needs no introduction, and is galvanised by this new adventure, he'll be more motivated than ever. I think we can fight for the world title with Sykes". 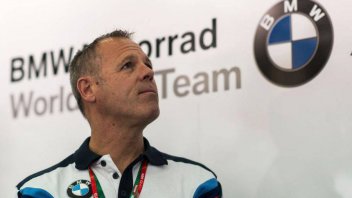 Shaun Muir: "It'll be difficult for BMW to manage Sykes and Laverty...