Marc Márquez made history once again at the Japanese Grand Prix, winning his fifth MotoGP title at the first available opportunity. His targets for the season are now to help Honda to the constructors title and Repsol Honda to the team honours. Speaking after the race, the newly proclaimed MotoGP World Champion 2018 tells us what have been the keys to him retaining the title and how important his team is in his day-to-day life.

The Japanese GP was similar to the race at Aragón: A passing move just before the end without a chance for a reaction. Was that moment when you won this race, forcing Dovizioso to crash in Japan?

“Every race is different and you have to understand it in the best possible way in order to prepare well. As always, we planned the Japanese GP with Emilio [Alzamora], Santi [Hernández] and Alberto [Puig]; Together we try to think of what might happen, but afterwards in the race it’s time to improvise. It more or less followed the script we expected, and Dovizioso was very strong at the front of the race. In the end, I decided to attack; I wanted to try and I also had a little more pace. Dovizioso gave everything to try to delay our celebration of this title but, luckily, we held up well".

What went through your head when you came out of Turn 10? Could you keep concentration?

“Over the weekend, I had already had some scares at the same point. In reality, the dust that rose up when I went off the track was more spectacular than what I felt when I was on the bike. On this occasion, I had plenty of control". 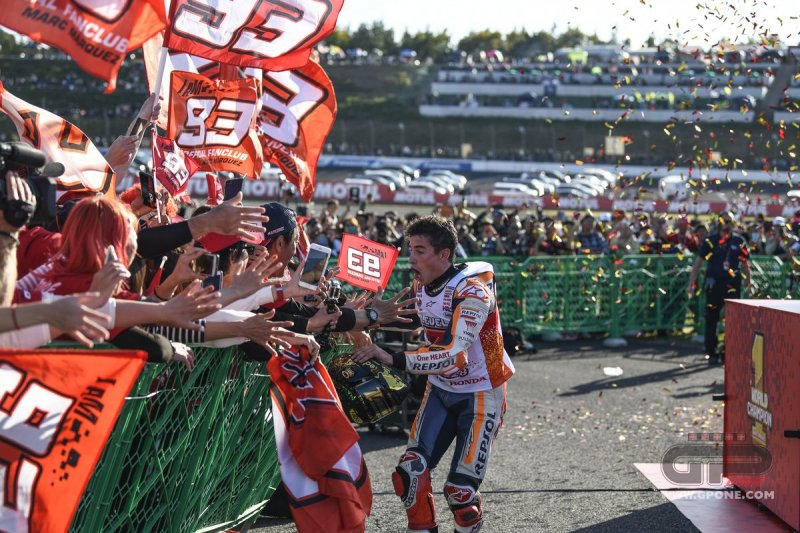 Did you lose focus when they told you that Dovizioso was out of the race?

“Obviously, I was distracted seeing that Dovizioso was out of the race, because I knew that I was already World Champion; On the first corner I made a mistake with my gearing and put the bike into third. Afterwards, I managed to recompose myself and complete the last lap; It was a very long lap".

Has this been your most complete season? Is there room for improvement in your riding?

“It has been one of the most complete seasons so far, since I have been able to finish in the podium positions consistently. Perhaps the best year in terms of results was 2014 but, without a doubt, this season has been very complete, since we have worked very well and have managed to hold on in difficult times –and take advantage of the moments when we were in good shape”.

You have already won seven titles. What moment do you expect most eagerly?

“The moment you look forward to most when you celebrate a title is when you come back to the garage and see your mechanics. Although it is me who goes onto the podium, there are a number of people pushing hard for you to become a champion. When we lose, we all lose, but if we win, we also win together. Of course, you also look forward to getting home, to Cervera, and celebrating with friends and family” 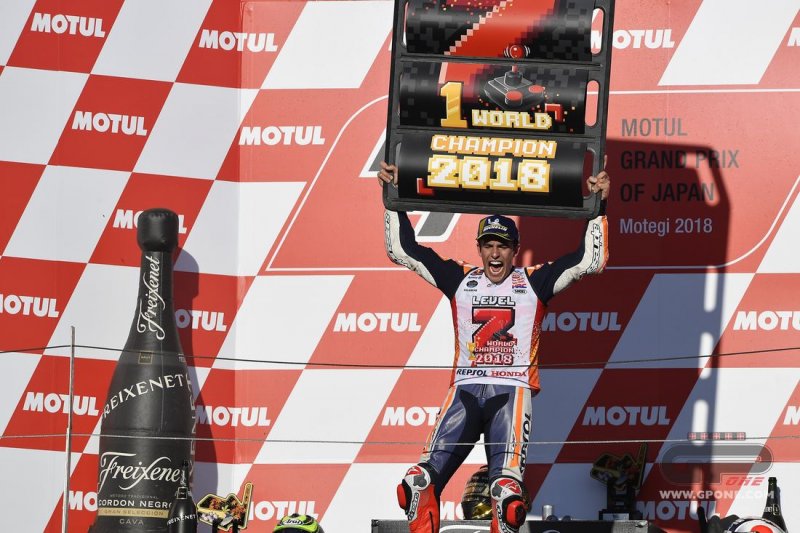 Twin Ring Motegi, besides being Honda’s home track, has seen you win three of your five MotoGP titles.

“It is not one of the circuits that has given me the best race results, but this is the third time I have sealed a title in Japan. Until 2016 I had never won at Motegi, but it seems that having Honda bosses at the circuit helps us to perform well. In addition, being able to celebrate the World Championship in Japan is something very important for the brand”.

You have received congratulations from all over the world: From great athletes, the Spanish president, the Royal House… What is the most special, message?

“They are all special, starting with the congratulations in the paddock that you receive just after clinching the title, from other riders, famous people or icons of the sport. But, without a doubt, the one that always makes me most excited is the message of congratulations from my mother. She was not able to travel to Japan but, as soon as I finished the race, I had a video call with her”.

Mick Doohan, who you equalled today with five titles in the premier class, says he is proud to share that achievement with you and that your style of riding is unrivalled.

“I have a great relationship with Mick Doohan, since we have coincided at several events. It’s amazing to be able to be compared with Doohan, since the first memory that I have of watching motorcycle racing on television is of him battling with Álex Crivillé. I have no words to describe what it means to match his five titles”.

How are you going to face the three remaining races, now that you have won the title? 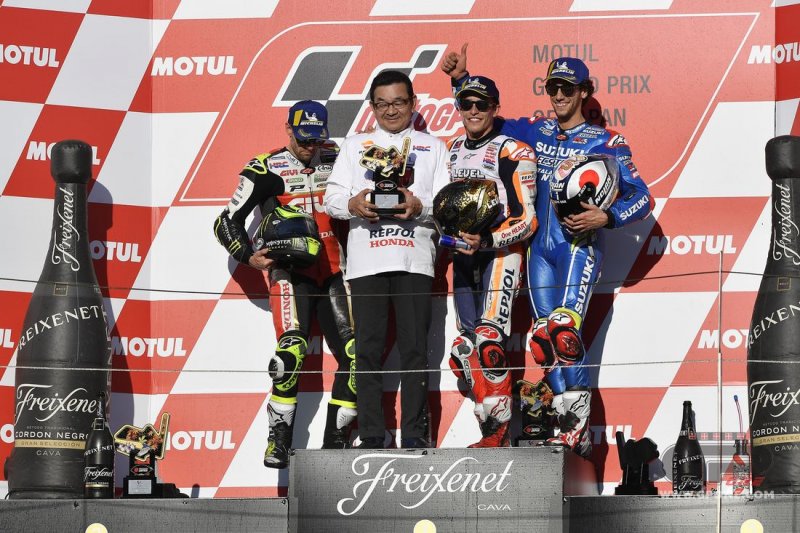 First of all, it’s time to enjoy this World Championship, but I have already been told that there are still two titles at stake: The constructors and team honours. So we will try to work well with my teammate, Dani [Pedrosa], to get those two titles and see if we can celebrate the triple crown”.

Traveling so much, you see more of your team than your family. Tell me what they are like as characters.

“In my team, everyone has their good and bad points. The best thing, which makes me feel proud of them, is that they spread joy around. That’s the most important thing. After all, this is a job and we are human; We can all have a bad day for many reasons, be it personal or professional, but between us we always end up smiling. Thanks to them, the job is much better and more pleasant.

If I had to single out each of the people that make up my team, I would say that, for example, the one that eats the most is Carlo Liuzzi. Then, Ginetto is the most punctual -but not because he arrives on time, but because he leaves early. The team’s most tardy member is either Jordi Castellá or José Luis Martínez. We have Santi Hernández, and Javi Ortiz who is the most responsible. Finally, the person who is the cheekiest is Carlos Liñán”.

Who is the first person you call when you have a problem?

“It depends on what kind of problem it is. I call either my brother, my mother, my father or Emilio [Alzamora]”.
What brings a smile to your face when you are having a bad day?

“When I have a bad day, I try to spend time with my brother or with a friend to forget my troubles. The truth is that I have very few days like this, as I always try to disconnect by doing sports or getting on the bike”.

Between so many races, events, and commitments, have you ever been a tourist? Where would you like to go if you had time?

“Between races and commitments, the place I like to be the most is my house. Sometimes it’s hard to understand this and some people ask me ‘why don’t you go there to disconnect?’ But you miss your house, your couch, watching your TV and relaxing. Although, occasionally, it is also good to look for a place to disconnect”.

And finally… having a fear of the sea, would you swim alone in the middle of the Mediterranean in exchange for another title?

“I’d do it, despite the risk! I would think of other things at the same time, but I would go and if necessary, you would have to throw me in. Of course, for no more than five minutes!”

In a video on You Tube, the driver defended his reasons but confirms the end of his experience with Audi in the Formula E
5 hours 22 min ago

It was decided by the Board of Directors via video conference call. Previously the FIM-Dorna contract provided for a minimum of 13 Grand Prix. In F.1...
1 day 22 hours ago

An embarrassing moment for Audi Formula E driver Daniel Abt who, during the virtual race in Berlin, had an eSports professional race in his place:...
2 days 16 hours ago