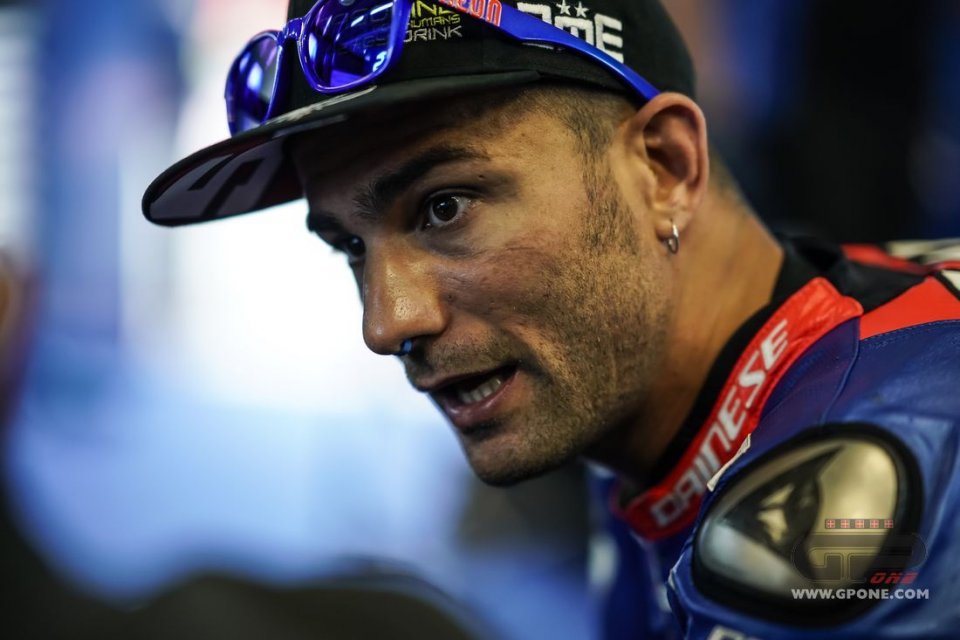 Yesterday, team Forward and MV Agusta decided to tear up the agreement that would have seen Fenati riding for them next year. Romano should have debuted with the F2 in the Moto2 world championship along with Stefano Manzi but, after what happened at Misano, the rider and team will not be working together.

Now the two Giovannis, Castiglioni and Cuzari, are considering who to hire for next season. It's not easy at this point of the season to find a replacement, with many riders already snapped up, but there are still a few interesting names.

The first is Mattia Pasini, still without a ride for next year. The Italian rider is very experienced and would be a useful asset in terms of developing the new project, as well as having demonstrated his worth as a rider in Moto2, over the last two years in particular.

His profile fits, but he's not the only name on the list. There's also Fabio Di Giannantonio, keen to move up in category next season. The Italian would be making his debut in Moto2, but has already proved quick in Moto3.

There is one more interesting rider who would also be available, and that's MotoGP rider Scott Redding. There's no room for the Brit in the reigning class, and he may well return to Moto2,  though his height and weight may be something of a limitation.

Either way, MV will soon make its decision and right now Pasini is in pole position.

The Dutch team (which was supposed to run with Tom Toparis and Gianluca Sconza) has postponed its debut in the World Cup due to the financial...
5 hours 56 min ago