Romano Fenati has undoubtedly already paid a very high price for his screw-up on track at Misano and he will probably continue to do so for some time to come. A screw-up that has cost him his place with Team Snipers this season, as well as ruling out any chance of a rosy future with MV Agusta in 2019, and one that sees him subjected to the kind of media storm we've not seen in the bike world for a long while.

The Italian rider was interviewed by our colleagues at Sport Mediaset, the entire weight of the world having fallen on the 22-year old Italian's shoulders over the last 24 hours. Romano remains focused throughout the interview, well aware of the gravity of the situation.

“I messed up. I apologise particularly to the spectators - Fenati stated - to the youngsters who watch us and see us as an example”.

Fenati attempts to clarify the gesture, pointing out that he had no intention of hurting Stefano Manzi, the rider he was battling with and who, in turn, has received a penalty from Race Direction for aggressive riding against Romano.

“The gesture I made started out like a "get out of the way" - he explains - it was more of a pat, to get him to calm down. That's not how it was interpreted though. Talk of provocation only goes so far, but of course this gesture cannot be justified if it is viewed as a desire to cause harm. In reality, I wouldn't hurt a fly, it was just a way of saying "that's enough now!"

The rider also speaks up about the media articles that cite the pressure exercised on Manzi's brake lever. The 20 bar reported is an absurd figure for anyone who knows anything about the subject.

“The lever at 20 bar? Impossible, the telemetry would have broken”.

Romano was also involved in a complaint made by Italian consumer rights agency Codacons, and it seems as if the judiciary might have to investigate an attempted murder. A scary situation.

“I would never do anything like this again. The complaint worries me, it seems excessive to me”.

The gesture has had a number of consequences, all of which have stacked up very quickly. Fenati has lost his present and his future on track, and now faces a long road along which to rebuild.

“Whether or not I deserved to be sacked, this is how things are. I can't do anything, I don't know if it's right or wrong, but I don't think anyone knows. All I do know is that I messed up but it's been judged too heavily by everyone”.

Fenati knows what he has to do in coming months.

“Now it's time to go back to school, I'll finish my studies. I wasn't able to finish before due to my commitments on track. i have one year to go”.

There was also a question about whether or not Romano wants to return to racing. A subject that the rider cannot answer right now.

“Right now I'd say no, I don't want to race again for now. I don't know how I'll see things in five years”. 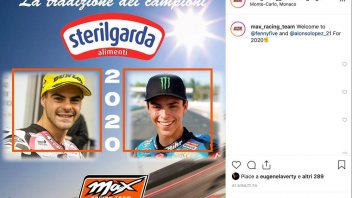 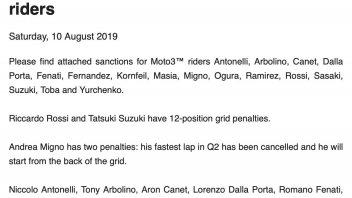 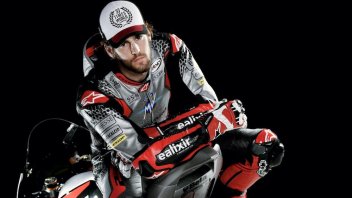 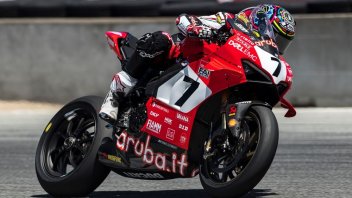 “It would be great for the sport and the country if the interest of the past returned. Hayden was one of my heroes and I cried when he won"
5 days 5 hours ago

The 2020 MotoAmerica Series round at Michelin Raceway Road Atlanta has been postponed to the July 31-August 2 weekend due to the ongoing COVID-19...
5 days 9 hours ago

The 7-time AMA Superbike champion charged in New South Wales. Arrested and then released on bail of $50,000, his passport was revoked.
6 days 30 min ago