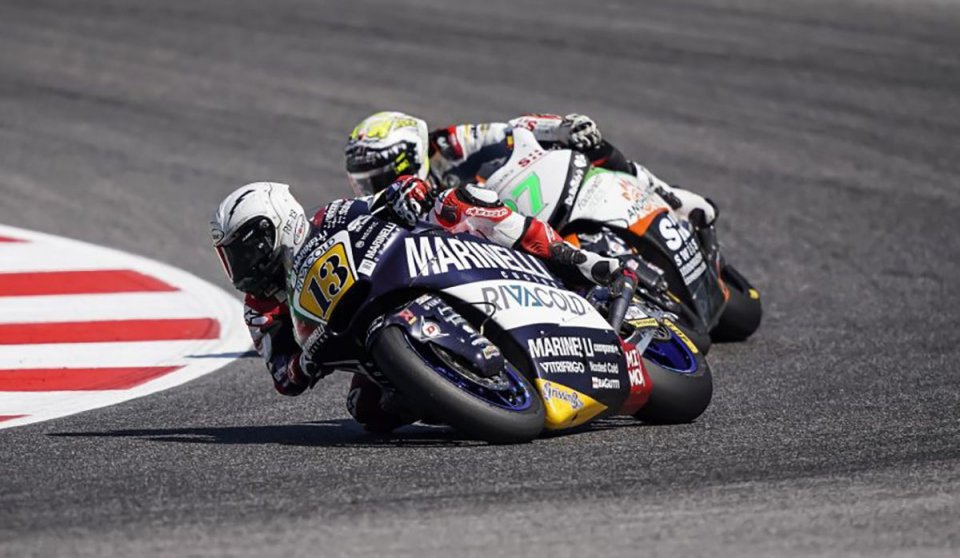 After hearing statements from Romano Fenati and Stefano Manzi, one also came from Team Snipers, for which the Italian rider races in Moto2. The team hinted at a weak defence of the rider in virtue of the penalty levied against Manzi as well, who will start six positions back on the grid for the Grand Prix of Aragon.

These penalties could place Fenati's actions under a different light in a certain way, but his own team deemed Romano's actions unforgivable. The episode hogged the limelight throughout the day with the motorcycle racing press all over the world.

"We agree. It's unforgivable. A serious reaction mistake, worldwide broadcasted. Clear that, if even Manzi has been punished, there is a motivation but this is not a justification. IThe team dissociates itself from what happened today with his Moto2 rider and apologizes with the sport world for the bad example, with the sponsors for the image given, with the supporters for the disappointment."

The team also specified that no further decisions have been taken for the future and that for now there is no intention of cancelling the contract, but the need to work on what happened remains indispensable in order to restore serenity and to continue with this professional relationship with the rider at least until the end of this season.

"For those asking what we will do, we answer that we take note of the disqualification, for 2 races, of our rider. We accepted it immediately. We thank the Race Direction for the professional way with which it faced the situation."

The Snipers also thanked team Forward, owned by Giovanni Cuzari, who is perhaps in the most uncomfortable position of the situation, having to manage the extremely delicate issue between two riders who, unless drastic changes are made, should both be racing on his team next season with the rookie MV Agusta.

"We thank the Forward Racing Team for its cooperation. Ironically, the Forward Team will be Romano new team for the next year and we all want to cancel this episode soon.
The rider has now to understand his mistake and restart from this episode to build a new image and come back on track with dignity."