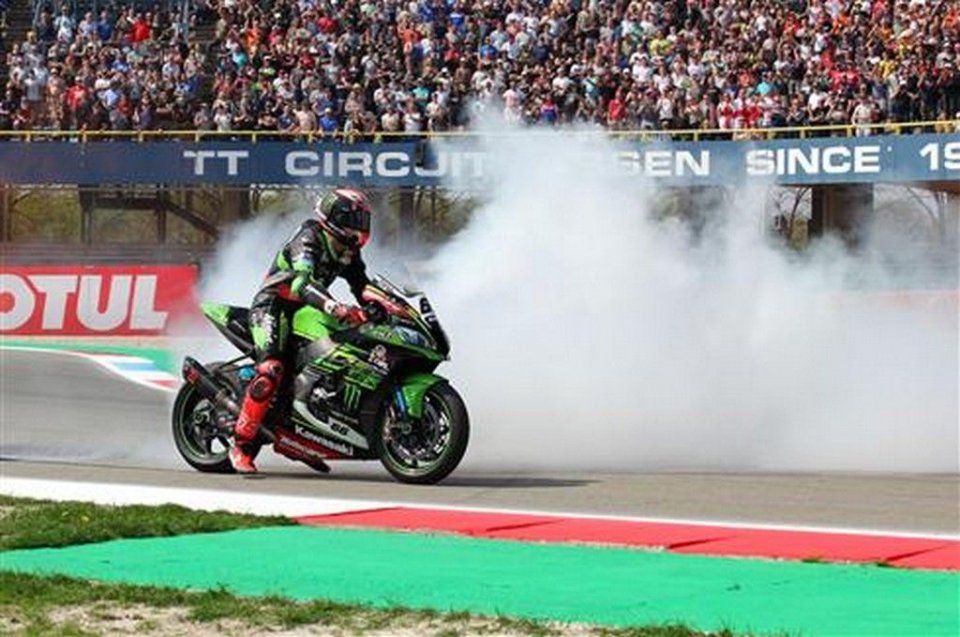 An official press release, somewhat cold and citing his career highlights, announces what we already knew: things are over between Tom Sykes and Kawasaki, their working and sporting relationship set to conclude at the end of this season.

The Brit won the world title in 2013, bringing the green bike back to the top of the riders standings for a second time, 20 years after Scott Russell's win; in 1993, the American triumphed with the Ninja ZX-R 750 of Rob Muzzy's team, Tom then winning with the Spanish Provec team.

#66 has experienced significant success: one world title, two near misses (in 2012 he lost out to Max Biaggi by just half a point), 34 race wins, 106 podiums (the first with the Suzuki in 2008 as a wildcard) and a record set this year: 46 pole positions, a result that makes him the fastest guy in the history of the series when it comes to the flying lap. 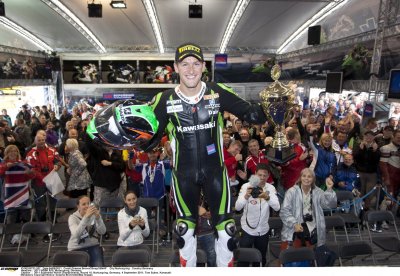 Tom will strive to conclude the season with more podiums and wins. He currently lying fourth in the standings with 218 points and wants to honour his commitment to the Akashi manufacturer: “I feel the time has arrived; the moment to make a change in my career and seek new challenges. Having the motivation to push to your limits and that of your machine is all the more important when you look for the victory at every race and I feel I have given all I can within KRT. I am now the best rider I have ever been, and I have the experience and performance to keep winning. So now I have decided to make a step away from the KRT project for 2019 and look for new goals and challenges. I will now concentrate to finish on the podium for the last four rounds of 2018. The timing of this big career decision is never easy but it is especially difficult as my personal life also faces big changes”.

When a couple splits, you need to hear both sides, and here then are  KRT team manager Guim Roda's words: "​​​​​​​It has been a busy few weeks recently and for sure we have talked many hours internally. In the most recent rounds Tom’s concentration was not able to be the best, as he was dealing with a big decision - apart from some family points to solve - this has taken a lot of his concentration over the past two years. I hope this final confirmation will give us room to finish the year in the same way we dominated in Assen."

Now that the divorce has been confirmed, the big questions remain: which bike will Tom be racing with in 2019? Who will flank Rea on the factory Ninja?

BMW is very interested in the Englishman, they are set to introduce their new model and a titled rider would raise their shares; it's also true that Ducati has not yet announced the names of the riders who will compete with the V4 and Sykes would be an interesting choice for the Borgo Panigale bike (he is also loved by the Italian public). It's unlikely that Tom will return to Yamaha; Van Der Mark and Lowes are close to renewing and - if we take a look back - Sykes did not obtain great results with the R1, while team-mate Ben Spies won the title in his debut year.

The Northern Irish rider may be joined by Leon Haslam, but the ‘Pocket Rocket’ first wants to win the BSB title, and is also focusing on the Suzuka 8 Hours.

The riders market may kick off at any moment, or it may lie dormant until September.

The Dutchman: "In the afternoon I had some problems with front end confidence"; Razgatlioglu: "Too many things to try confused me; my head is...
3 days 24 min ago