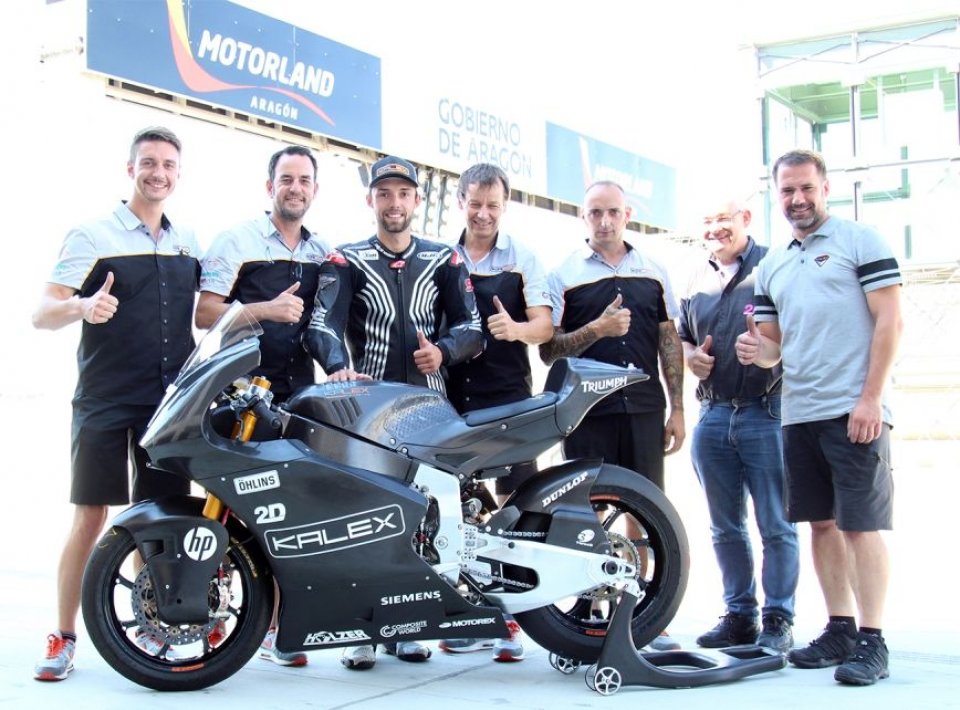 It looks like 2019 is already here. From Tuesday to Thursday, at the Aragon track, Triumph has been working hard on development ahead of next season's Moto2 championship, when it will become the sole engine supplier in the intermediate class.

In attendance on track were Jesko Raffin and Alex Marquez with the Kalex, Julian Simon and Ricky Cardus with the KTM, without forgetting Alex De Angelis on the brand new NTS, called upon to test the new frame to be adapted to the 765cc 3-cylinder engine that will replace the Honda used up until now.

Alexander Baumgartel is pleased with the progress made over the three days: “The work carried out by the riders is very promising - comment the project manager – there were some small issues of course, given as we're talking about the launch of a new engine, but I have to say that thanks to the Magneti Marelli electronics we've had really good support and have successfully completed our work, also able to develop a different mapping with Alex Marquez”.

Among the riders in action was Jonas Folger, who decided to sit out the current season due to health problems: “Jonas' support has been fundamental - continues Baumgartel – together with the other riders, he provided all the indications we need to move forward. As for the engine, we've had some important confirmations, particularly in terms of delivery, while we'll need to do more regarding the use of the clutch, we also got some good feedback regard the frame and mechanics”.

All in all, the Triumph Moto2 project seems to have got off to a good start. As we've said, Jonas Folger was on track with the Kalex, his first appearance since withdrawing prior to last October's triple-header: “Getting back on a bike has been liberating. Heartfelt thanks to Kalex for having given me this great opportunity. At first, I rode with the Honda engine, then I moved to the Kalex and it was an exciting experience. I think I made progress over the three days”. 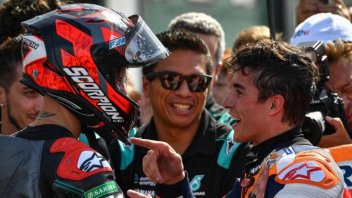 Quartararo: "Finally a duel with Marquez. His engine is an airplane."