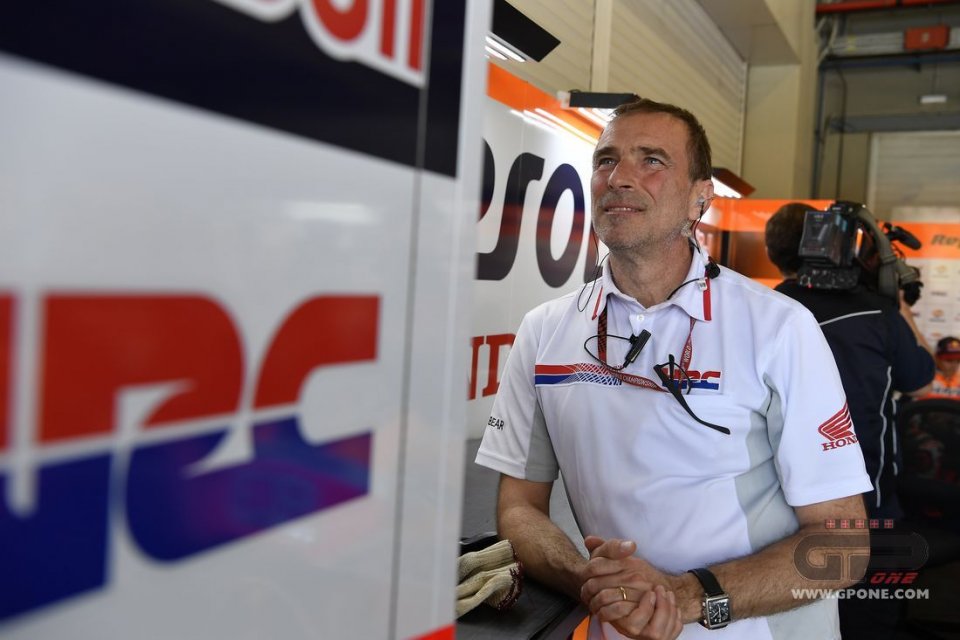 How is testing at Brno going for Marquez and Pedrosa? “Good, we have good weather and it's not too hot either”, Livio Suppo plays his cards close to his chest when it comes to what's happening on track. Even when we mention a rumoured new frame, the Honda team principal keep quiet: “knowing nothing about technical aspects, I haven't seen anything strange”.

We get it, so let's move on to discussing the championship…
“It's a strange season, results have been up and down for everyone: Yamaha has suffered at certain tracks, us at others. After winter testing, Vinales seemed to have something more than everyone else, but he too has struggled on occasion. I'd say it's a very balanced championship”.

What has brought this balance?
“The tyres are playing a fundamental role, but for the fans it's a more exciting championship that is less of a sure thing. Just a few months it looked like being a battle between Maverick and Marc, but it's been great to see Dovizioso win twice and rookies like Zarco and Folger being so strong”.

Is this championship to be decided by Michelin?
“I don't think so, the tyres right now have a very limited range of use and at times it's not possible to fully exploit them, all it takes is not having quite the right set-up. But they're not bad, it's just more complicated”.

Is there a risk of living day to day with this situation?
“I don't agree, at the end of the day the riders you expect to see at the top of the standings are in fact there. The situation is not so disastrous”.

But there are continual ups and downs, and at times Marquez and Pedrosa have criticised the bike...
“The perfect bike doesn't exist and there's continuous evolution. Every bike has characteristics that adapt well to certain tracks, less so to others. At Jerez, for example, there were 3 Hondas leading the way in qualifying and we had the potential to do the same in the race. I think we can fight for the podium in every race with our bike, while also continuing to improve it”.

What has been the positive surprise of this first part of the year?
“Definitely Zarco, he's done more than any of us could have expected. In reality, I don't understand why he was so undervalued considering he's won two Moto2 titles”.

And the negative?
“Seeing what Dovizioso has done on the Ducati, but also Petrucci and, at times, Bautista too, I'd say Lorenzo. The bike is competitive now, but Jorge is struggling more than we thought he would. When Valentino was on the Ducati, all the guys were struggling, while now it's only him”.

Do you see Marquez right now?
“Marc is Marc, he always sees the positive in things and this is his strength”.

Pedrosa on the other hand?
“He's positive too, more than he's ever been before. He's different, stronger, 26 points behind Marc but he could have been closer if certain races had gone more to plan. Compared to last year, when he struggled in the first part, he's doing much better”.

The second part of the season kicks off in just over two weeks, what do you expect?
“It's hard to say, it's definitely important not to throw anything away and to fight for every point. Right now though, we can't know if there will be as many surprises as there were in the first 9 races, the weather will also play its part. Right now there's such a balance that it's difficult to know whether someone will find a little extra that will allow them to make the difference”.

The tyres could be key?
“As I've said, with a limited window of use, things are more complicated, but this is something that applies to everyone”. 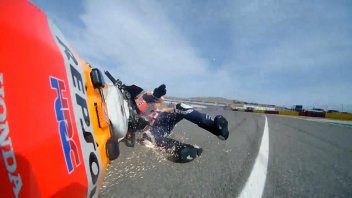 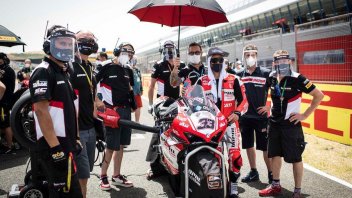 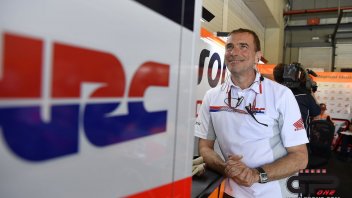 The young American rider will return to the UK domestic championship with the PTR team. Riding the brand new 765, he will have the opportunity to...
15 hours 7 min ago