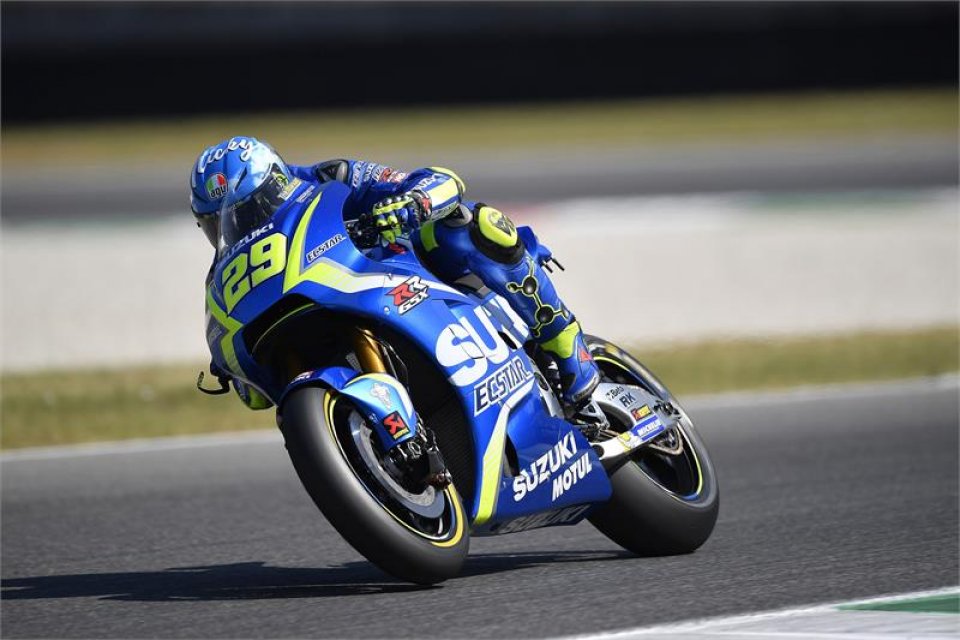 It hasn't been the easiest season for Andrea Iannone so far. Tenth place at Le Mans and at Mugello are his best results of 2017.  Not enough for a rider like him, who started out on the Suzuki with very different aspirations.

Now that the MotoGP reaches Catalonia, The Maniac hopes for a step forward: “I like this track and it can suit the characteristics of our bike– he comments – it's a fast track, a very exciting one to rider. We made some improvement at Mugello and I feel more confident now”.

One year ago at Montmelò, the Italian crashed out, hitting Jorge Lorenzo. Andrea prefers to focus on the present though: “I think I'm stronger and hope to complete a positive race – states #29 – I'm also interested to see if we're competitive in Monday's test”.

With Alex Rins still out of action, the Suzuki will once again be entrusted to Sylvain Guintoli. The French rider arrives in Spain aware of the steps he took in Italy: “At Mugello I had good sensations, both in terms of speed and through the corners– he comments – we were also able to compete against our rivals”.

The former Superbike champion doesn't want to stop now: “I think I also had good sensations regarding the tyres – he explains – so Barcelona will allow me to see the progress I'm making in MotoGP”.