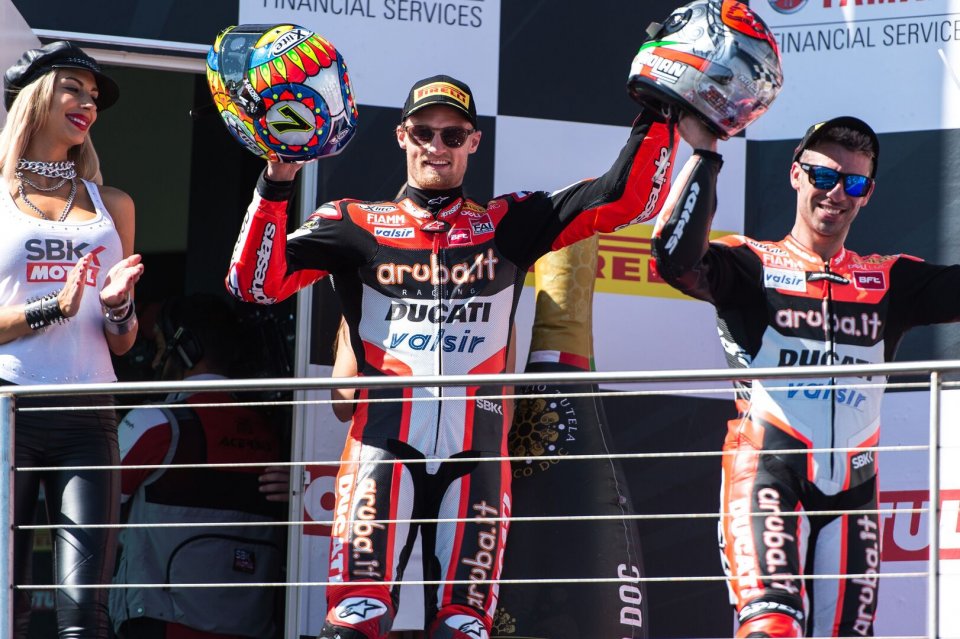 He chose to see the glass half full, despite the obvious disappointment. It might be true Chaz Davies has left Thailand with less of a gap to Rea than last year, but the crash undoubtedly conditioned the Welshman's performance, meaning that he now has to make up 30 points to the Northern Irishman. The season is only just beginning and clearly he has time on his side, but Rea is proving to be a machine, one that doesn't commit the slightest mistake.

With the Buri Ram event completed, the championship now moves on to Europe and Ducati can finally breathe a sigh of relief. Ernesto Marinelli is doing just that: “It's essential to get through Australia and Thailand unscathed”. Two tracks, particularly the Asian one, where the red bikes' potential is really put to the test, due to the long straights at Chang where top speed plays a significant role. An issue that saw the first disagreement between Rea and Davies at the inaugural round of Phillip Island: “If you compare our speed and that of the Ducati you'll see they are more or less the same” stated the current champion. #7 immediately came back with: “The Kawasaki has greater top speed, if you want I'll show you the data and you'll see that I'm right”.

Almost a month has passed since that Saturday and it's now time to turn attention to round three, Aragon, a track that is essentially 'made to measure' as far as the Ducati is concerned. Last year, Davies proved unbeatable in both races, leaves Kawasaki a meager consolation prize in the shape of Sykes' Superpole.This is clearly an occasion not to be missed, a chance to make up some valuable points, before travelling on to Assen, long since considered the university of two-wheels.

Holland is not a harsh track for the red bike. The weather has a role though, and played a nasty trick on Davies last year, when he delayed changing the tyre in Race 2, cleaving the way clear for the current champion. A mistake that cost him dearly and one that he will have learned from. From Holland to the heat of Imola, where Ducati will fight on home turf in front of its enthusiastic fans.

And that will give the Borgo Panigale rider his second great chance. Last year's race weekend proved to be a perfect one, with Chaz scoring the 'hat-trick' to dominate Superpole, Race 1 and Race 2. He couldn't have done better than that. His path may already seem to be mapped out, but look out for his rivals, because this year he risks having one more adversary to battle on his way to the title. We're talking about Marco Melandri: the Italian has no intention of giving his team-mate any gifts, something we've already seen during the first two rounds, where he proved to be a double-edged sword.

And let's not forget about Alex Lowes's Yamaha either. Who would have thought we'd see the R1 just missing out on the podium at the start of this championship? 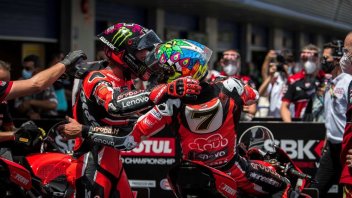 Davies: “Was I born again? No, I was on the podium again last year too." 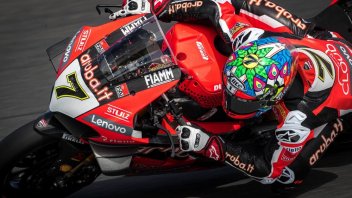