Let's just say it, the fourth Moto2 race of the season was something of a dull race... dominated from start to finish by Sam Lowes, the 25-year old Brit riding for team Gresini, with none of his rivals able to get close enough to cause him trouble. The Lincolnshire rider, already Supersport World Champ in 2013, has found great feeling with his Moto2 bike this year, and demonstrated as much with this first win of the season, his second in the category after Texas last year. In addition to pole and the final result, the Englishman is enjoying full ownership of his bike, something his rivals hadn't seen until today. If he can keep getting the bike across the line, we might see the Union Jack waving at many more events, perhaps even signalling a new English champion...

After a crash in warm-up the Gresini men worked hard to sort Sam's bike in time for the race. Sam Lowes is the first Brit to win in this Middle Class since Chaz Mortimer in the 250 in 1975 and now leads the way in the championship standings. Putting the Dunlop tyres to good use around the Jerez track, Lowes will now be keen to repeat this performance in the next races.

Folger crossed the line second, followed by Rins in third. Morbidelli closed fourth while Baldassarri crashed out while lying fifth.

After this race Lowes leads the championship with 72 points followed by Rins, on 62. 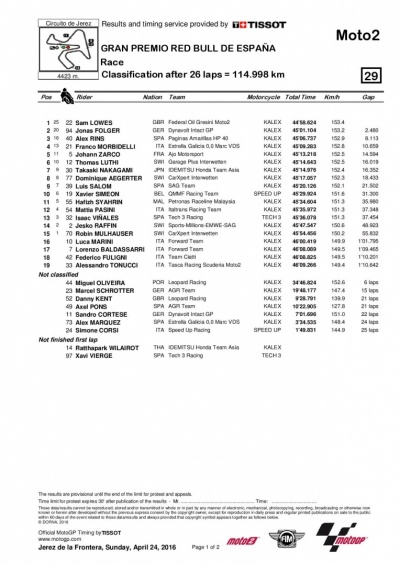 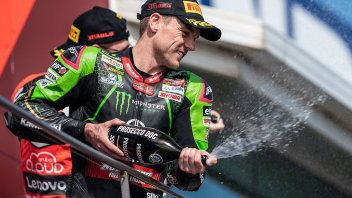 In a video on You Tube, the driver defended his reasons but confirms the end of his experience with Audi in the Formula E
11 hours 36 min ago

Rainey: "With the way things are in California right now, there is no way we can race with spectators at Laguna Seca in July ". The series is set to...
5 days 7 hours ago