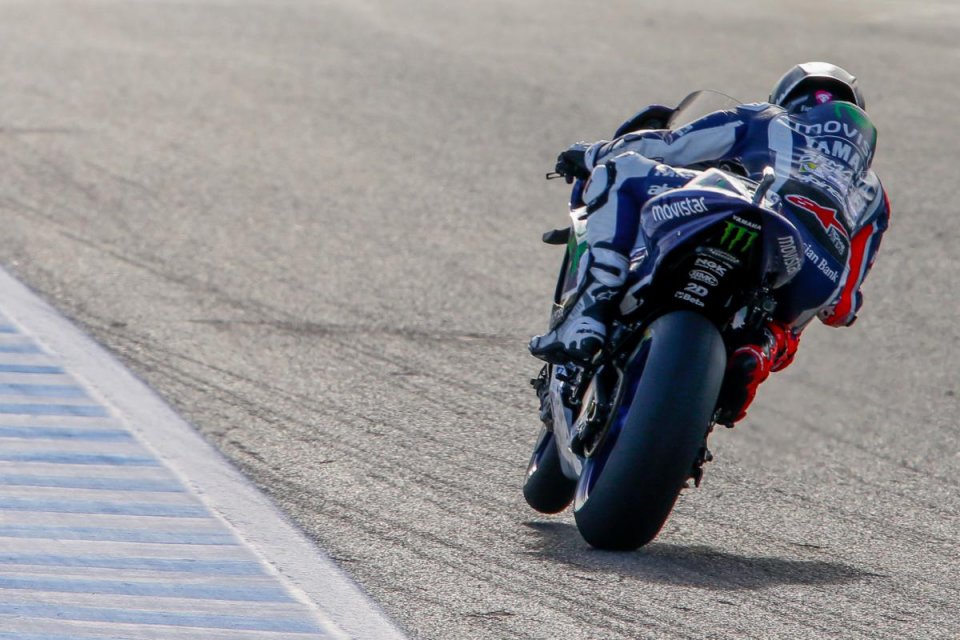 Anyone who thought his signing with Ducati might distract him should think again. Because Jorge Lorenzo has shown that he has every intention of returning to the top step of the rostrum in front of his home crowd.  After setting the best time of the morning, he repeated the feat in the afternoon, setting the bar with a fastest time of 1’39”555, half a second quicker than his best performance in FP1.

The Spaniard is flying on his home track, closing more than three tenths ahead of Marc Marquez (+0.345). But it should be noted that the latter, unlike his fellow countryman, chose not to change tyre in the final stages. The Honda rider, like the competition, is suffering through the last sector of the track, while #99 seems to have an extra gear. Marquez moves up, as does Aleix Espargarò (+0.538). It is he who rides the fastest Suzuki this time around, ahead of Barberà (+0.674), again among the frontrunners.

Jerez seems to have been designed for him, despite the 0.7 that separates him from the front. The Avintia rider is the top Ducati for now, while the factory bikes have not yet found the right setting for the GP16, particularly at the front. Dovizioso improves to snatch seventh, but is more than a second from the front (+1.182), Iannone is eleventh (+1.462), preceded by Pedrosa and Laverty with the exact same time (+1.370).

Then there are those who are working on pace. This is the case for Valentino Rossi (+0.727), who closes Friday in fifth place more than 7 tenths from Lorenzo. Behind him, the other Suzuki of Maverick Vinales (+0.893). Scott Redding is catching up, having turned the page on session one to score the eighth fastest time (+1.305). As for team-mate Pirro, he's nineteenth behind Bautista on the Aprilia. 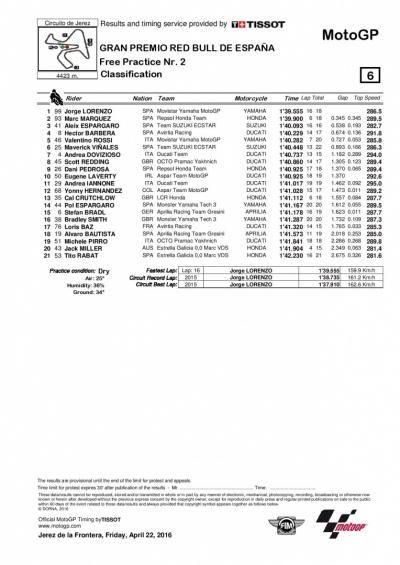